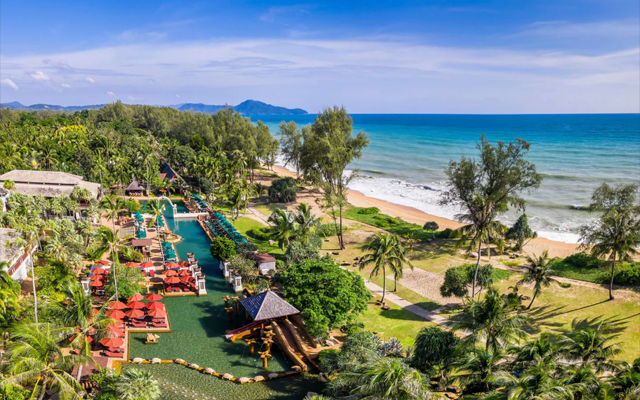 Minor International (MINT) advised investors on March 31 that it has won another right to pursue legal action against Marriott International in the Thai court and under Thai law for alleged mismanagement of its fully-owned hotel, the JW Marriott Phuket Resort & Spa.

The Thai-based chain first filed the lawsuit against Marriott and its Thai subsidiary Luxury Hotels & Resorts in July 2019. A Thai court said in September that year the case could proceed. However, in 2020, Marriott succeeded in getting the case to be moved to Singapore for arbitration, as per the arbitration clause in the management agreement.

MINT is claiming damages of US$19 million (570,605,134 baht). Allegations include Marriott’s failure to protect owner’s interest through poor purchasing practices and “damaging” sales and marketing decisions. MINT also claimed that Marriott is enriching itself “through non-transparent license fee arrangements, supplier rebates and use of monies in the Marriott loyalty program fund”.

Contacted by TTG Asia, Marriott in Asia-Pacific said: “As this is pending litigation, we do not propose public commentary. For the avoidance of doubt, however, the Thai court has not made any decision in relation to the substance of MINT’s legal claims. The Thai court has simply found that MINT commenced proceedings in the wrong division of the Thai court and that the claims can therefore only proceed in a different forum. As part of that process MINT has also been compelled to withdraw a significant part of its claim.

“Marriott is confident that what remains of MINT’s legal claim is without merit. Marriott will defend any claims brought against it vigorously and does not intend to litigate those issues publicly.”

He has refused to comment on whether there is a stand-off with the Singapore outcome, citing “confidentiality reasons”.

“However, our Thai court lawsuit against Marriott International is absolutely permitted to proceed, which is extremely important to us. Marriott clearly wants to avoid Thai court, but we strongly feel that this is the appropriate forum to hear Thai law claims relating to a business that operates in Thailand,” he said.

“The court will now take up the claim and hear arguments before making a determination. We are confident of success and this will help not only us but other Marriott-system hotel owners who are trying to hold Marriott accountable for their business practices.”

MINT said that other Marriott hotel owners, including those in Thailand, are “closely monitoring” the legal case. In its statement, the company said it is aware of at least one other Thai hotel owner that has terminated Marriott’s contract and that it expects “others will follow suit shortly”.

Meanwhile, Marriott emphasises that this dispute has no impact on the operations at the JW Marriott Phuket.