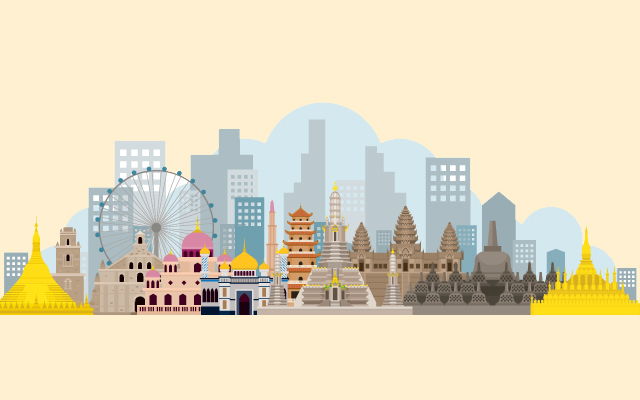 Industry opinion leaders at the virtual 10th ASEAN Tourism Research Association (ATRA) Tourism Forum on Tuesday have reiterated the importance of moving away from a heavy reliance on traditional longhaul markets as travel and tourism resumes, and to focus on strengthening intra-ASEAN travel instead.

The need to focus on regional markets is emphasised by the impact of the Ukraine-Russia war on Asia’s tourism performance. Russia’s invasion has resulted in surging crude oil prices that have pushed up longhaul airfares and prices of goods, ultimately dampening people’s travel and spending appetites.

Speaking at the Unlock the borders & Reboot ASEAN Tourism webinar, Imtiaz Muqbil, executive editor, Travel Impact Newswire, said: “Who knows how long this current recovery phase is going to last, depending on what happens in Europe over the next few days. I think intra-ASEAN tourism will be absolutely critical for the future of this region.”

Imtiaz said the South-east Asia region enjoys good air connectivity and both full-service and low-cost carriers cater to different budgets. With the exception of Myanmar, the rest of ASEAN member countries are “pretty much at peace”.

In 2019, intra-region travel contributed 51.7 per cent of tourists arrivals within South-east Asia. In the first year of the Covid-19 pandemic, this dropped to 9.19 per cent.

Imtiaz believes that the focus of tourism reboot in ASEAN should be on driving the tourism numbers up to a comfortable level.

Fellow panellist, Pham Ha, CEO & Founder, Lux Group, Vietnam, shared that initiatives should be developed to inculcate a sense of pride in citizens to be part of the ASEAN community, and to encourage them to travel and learn about the diverse heritage and culture in the region.