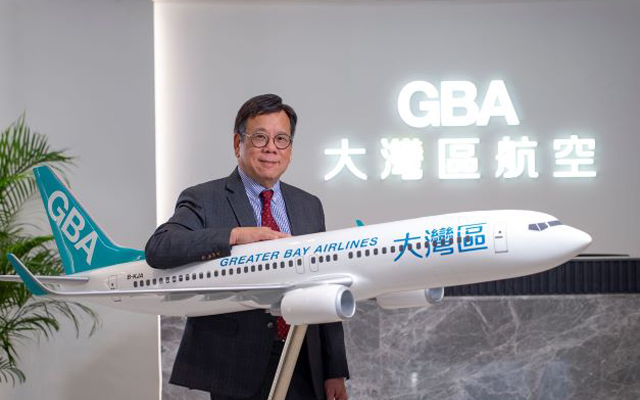 Start-up Greater Bay Airlines has been granted a licence to operate 104 scheduled commercial flights to and from Hong Kong International Airport for the next five years by Hong Kong’s Air Transport Licensing Authority.

In an interview with TTG Asia, CEO Algernon Yau it would take at least two months of preparations before service could commence. So far, 180 staff have been recruited and three leased Boeing 737-800 aircraft will arrive this year.

While initial plans were to launch services around Asia, such as Japan and South Korea, Yau said a reassessment was needed given the impact of the pandemic on Hong Kong as well as ongoing quarantine restrictions and pace of reopening of various destinations.

Yau clarified that Greater Bay Airlines is not a low-cost carrier.

Chartered services will be provided eventually, alongside scheduled passenger and cargo services.

For a start, Greater Bay Airlines will build up a network with travel agents but Yau hopes to secure more online sales down the road.

While awaiting regulatory approvals for passenger services, the airline inked an agreement with Amadeus to make its schedules and fares available to travel agencies worldwide via the Amadeus Travel Platform in 1Q2022.

On its website, Greater Bay Airlines sets itself out to be the “best-value airline in the region” and will “support the development of Hong Kong as a world-class aviation hub”.

It plans to serve routes in Mainland China and the broader Asian region, and will have a fleet of seven Boeing 737-800 aircraft in service by 2022 and more than 30 by 2026.

Tam added that Greater Bay Airlines has been in contact with travel agents to cultivate relations for future cooperation.

Editor’s note: Content has been updated to take in more information and trade inputs