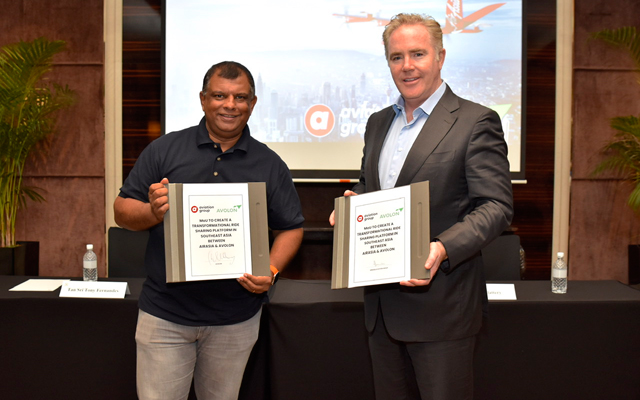 AirAsia Aviation Group is looking to disrupt South-east Asia’s aviation industry once more through a low-cost air ridesharing service in partnership with Avolon.

The company signed a Memorandum of Understanding (MoU) on February 16 to lease 100 VX4 eVTOL aircraft from Ireland-based Avolon. The aircraft can take four passengers and one pilot, flies at speed of up to 200mph, and produces zero operating emissions.

In addition to leasing the eVTOL aircraft to AirAsia, Avolon, through its investment and innovation affiliate Avolon-e, will partner with AirAsia to commercialise the aircraft and develop an industry leading urban air mobility (UAM) platform in South-east Asia.

Dómhnal Slattery, CEO of Avolon, said: “Together (with AirAsia) we will develop a ridesharing platform and bring the zero-emissions VX4 aircraft into service, positioning AirAsia as the operator of choice for sustainable air travel in the region.”

Tony Fernandez, CEO of Capital A, noted the huge tourism potential of this new mode of air transport, saying that it would be able to transport people to off-the-beaten-track destinations such as national parks as well as to tourist islands.

Asked about possible routes he foresees, he said “Kuala Lumpur to Genting (highlands) is a no-brainer”.

He expressed excitement over the “potential for zero-emissions ultra-shorthaul air travel in South-east Asia.”

The new air services are expected to commence in 2025. However, test flights will begin this April.

Currently, AirAsia is laying the groundwork by getting the necessary regulatory approvals and certifications, as well as looking at developing a new eco-system that includes launch and landing pads as well as pilot training.

Fernandez expects Malaysia to be the first destination to launch this new product, and said the local aviation authorities have been encouraging.

The pricing model will be kept as attractive as AirAsia in order to target the mass market. Fernandez wants it to be “very accessible to the world”.