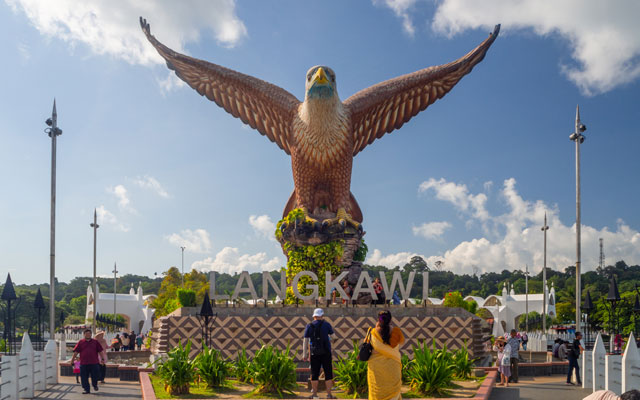 Malaysia’s popular holiday destination of Langkawi is gearing up to welcome back foreign tourists for the first time in 20 months under an international tourism bubble initiative which will kick off on November 15.

Prime minister Ismail Sabri Yaakob said the pilot project will be carried out for three months for evaluation by the National Security Council and Health Ministry before it is rolled out to other islands and destinations in the country.

However, the list of approved countries whose citizens can holiday in Langkawi under the pilot project has yet to be announced. It will be subject to the approvals of the relevant government authorities.

The requirement for foreign tourists entering Langkawi is a minimum three-day stay with proof of a negative PCR test result taken 72 hours before departure. They will also be required to have insurance coverage of at least US$80,000 and to download the MySejahtera contact tracing app.

Foreign tourists arriving at the main gateway of Kuala Lumpur International Airport are to undergo rapid molecular testing before continuing their journey to Langkawi, while those flying directly to Langkawi will have to undergo PCR testing on the second day of their arrival.

Travellers staying for only three days can use their second day Covid-19 swab test to depart from Malaysia, while those staying for more than five days are to undergo a test on the fifth day. All costs will be borne by the traveller.

The pilot project is targeted at fully vaccinated, high-yield individuals; and children under the age of 18 have to be accompanied by their parents or guardians.

Malaysian Association of Hotel Owners secretary, Anthony Wong, commended the government’s efforts to test incoming foreign arrivals for Covid-19 and said that hotels should also test long-staying guests as “it takes five days or more for an infected person to show symptoms”.

With more than 94 per cent of the adult population fully vaccinated, Wong also called on the authorities to reopen the rest of the country quickly to help the tourism industry survive.

Uzaidi Udanis, president, Malaysian Inbound Tourism Association, said it was the right move not to impose a quarantine on foreign tourists as it would have acted as a deterrent.

With regards to the list of approved countries for the pilot project, he called on the authorities to look at markets where its citizens are allowed to travel overseas and return to their home countries without quarantine.

Nigel Wong, secretary-general, Malaysian Association of Tour and Travel Agents, opined that the government should quickly firm up the list of countries permitted to enter Langkawi so that industry players can plan their marketing and promotional activities and rebuild their distribution partnerships.

He hoped that Singapore, due to its close proximity which makes frequent visits to Langkawi possible, would be among the first countries whose citizens will be permitted entry.

At a press conference last week, tourism, arts and culture minister, Nancy Shukri, said that she will be meeting with officials from Singapore this week to discuss resuming cross-border travel between the two countries. She had also hinted that Malaysia would be opening up to Singapore “very soon”.