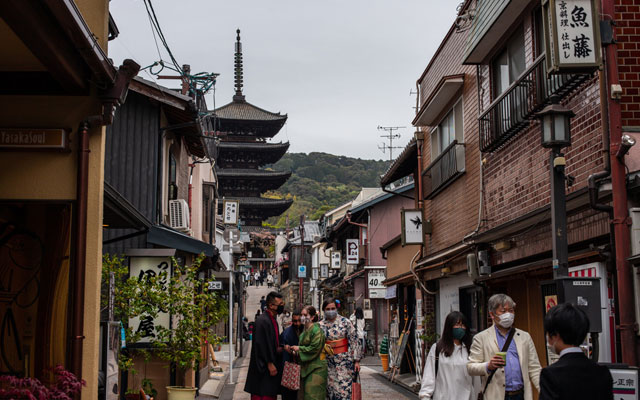 The Japanese government has pledged to uphold its target of welcoming 60 million international visitors annually by 2030 despite ongoing pandemic-related problems.

Ministers said they would keep the goal, which was set in 2016 as part of the government’s tourism strategy, despite the current entry ban on tourists and the ailing travel industry, which has been beset by numerous regional states of emergency.

Pre-pandemic, Japan was expected to easily achieve the goal based on its record inbound tourism growth, which rose from 8.3 million in 2012 to 31.8 million in 2019, according to the Japan National Tourism Organization (JNTO). In January 2020, Japan was tipped to enjoy the highest growth in international arrivals by 2022 of any country, with a compound annual growth rate of 11.3 per cent, according to a report by GlobalData.

Based on global predictions, 2024 is expected to see international travel rebound to pre-pandemic levels, and JNTO is setting 2024 as “one target” year, according to Kyoji Kuramochi, executive vice president.

“We are not changing the 2030 goal and are trying to figure out how we will be able to achieve it,” he told media, adding that JNTO is drafting strategies for recovery. These include building on efforts made during the Tokyo 2020 Olympic and Paralympic Games to raise awareness of Japan for adventure and outdoors tourism as well as barrier-free travel.

During the Games, JNTO enlisted the support of American Olympian Ashton Eaton in a tourism video commercial that was aired on major broadcast stations. It introduced new activities and experiences on offer in Japan, including paragliding for wheelchair users at Lake Biwa, near Kyoto.

Kuramochi said the Games were a “really good opportunity to draw the attention of those people around the world who are interested in visiting Japan”, and expressed hope that Japan’s high level of hygiene and wide range of outdoor activities will be big selling points in the post-Covid period. He also expects greater interest in Japan’s sustainable tourism offerings, particularly from France and Germany.