The growing need among people to decelerate and reassess life priorities post-pandemic is encouraging the adoption of slow, purposeful travel – and Macao is a good place to start 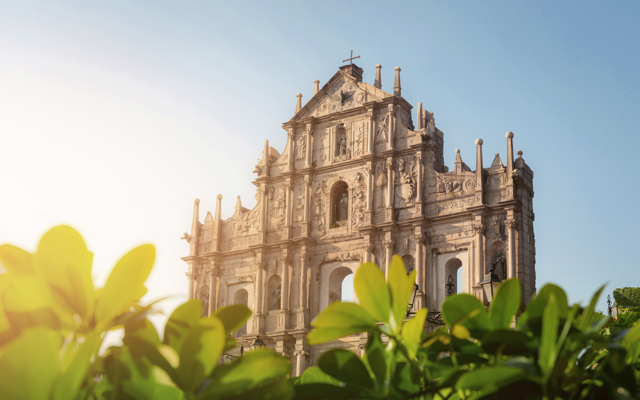 Pandemic-led isolation and uncertainty have had a positive impact – it gave people a chance to slow down and assess their life priorities, and along the way threw a spotlight on the importance of physical and mental well-being.

This growing need to savour one’s life better than ever before has fuelled the rise of slow, purposeful travel. Here in Macao, one can find many ways to decelerate, focus inwards and rediscover a balance in life.

Breathe in, breathe out
Take heed of numerous research that has borne out health benefits – physically, mentally, and emotionally – that come from nature immersion. Travellers to Macao looking for nature therapy have several hiking trails and nature paths to choose from. Many of these trails and paths wind through a quieter and more scenic part of Macao.

Escape into Macao's natural embrace
1 of 3

A short leisurely walk to free the mind can be made along the one-kilometre Mong Há Hill Fitness Trail, just stone’s throw from the city centre and within the Mong Há Hill Municipal Park. The route takes one to various scenic spots such as a natural rock cave. Upon ascending a small stairway, one will reach a viewing platform where a splendid view of inner Macao awaits.

For a more ambitious hike, the four-kilometre Taipa Grande Trail in the Taipa Grande Natural Park will satisfy. The broad trail features easy slopes and verdant surroundings. Besides taking in panoramic views of Cotai Central, hikers can also visit the Taipa Grande Camellia Garden and appreciate the many resident blooms. Take the Fitness Steps Walk, which lies on the trail, to arrive at the highest point of Taipa, at 159.2 metres above sea level.

An alternative to green trails is the Hac Sá Long Chao Kok Coastal Trail, a 1.2-kilometre route that runs along a rocky coastline, dotted by numerous rock formations and enchanting visitors with sweeping seaviews.

Distinguished wellness options, as determined by the Forbes Travel Guide, include The Ritz-Carlton Spa, Macau, renowned for its ice fountain and vitality pool with overhanging lounge chairs; Tria Spa at both MGM Cotai and MGM Macau; and Morpheus Spa at Morpheus Hotel, a stylish sanctuary where treatments combine nature with science.

If a tropical sanctuary is what the body yearns for, then the award-winning Banyan Tree Spa Macau is the place to be. Its spa menu contains more than 20 treatments, five of which are particularly unique. Take for instance the Tropical Rainmist, which treats the guest to a rejuvenating rain mist steam bath, cascading rain shower, invigorating body scrub and a soothing massage.

Mindful meals
Macao’s 500 years of food culture earned her the UNESCO Creative City of Gastronomy designation in 2017. More than just a treasure trove of precious recipes handed down generations, Macao’s kitchens are also turning out dishes that stay true to healthful and sustainable promises.

Herbal Treasures at Studio City returns harmony to one’s body through delicious food and healthy drinks crafted in collaboration with one of the most authoritative traditional Chinese medicine associations of Macao. On the menu are herbal jellies, seasonal herbal tonic teas, double-boiled soups and a variety of desserts.

Healthy vegetarian meals can be enjoyed at Sum Yuen Buddhist Vegetarian Restaurant and Chakra SPACE, for instance. The former is set within the 19th century Pou Tai Un Buddhist temple, while the latter takes pride in surprising guests with its table d’hôte concept, although guests can state their preference for Chinese, Thai or Western flavours.

Yet another dining gem in Macao is IFT Educational Restaurant, whose celebrity status is cemented by its acquisition of the MICHELIN Green Star award in January 2021. The distinction is presented to restaurants that lead the way in sustainable practices. IFTM Educational Restaurant was recognised for its contributions to sustainable gastronomy, including the use of regional produce and herbs grown at its own garden, and for its food waste and environmental management systems.

Portuguese egg tarts are popular Macanese souvenirs, but Macao’s traditional bakeries are also masters at crafting the most addictive almond biscuits, egg rolls, coconut flakes and peanut candies. Many of these bakeries, which have thrived for generations, can be found on Taipa Island.

If foodstuff is not one’s cup of tea, then take home paintings and craft to support local artists. Their work can be found in local galleries on Rua de Santo António as well as at exhibitions hosted at the IAM Gallery, the Pavilion in Lou Lim Ioc Garden, Macao Museum of Art and Tap Seac Gallery.