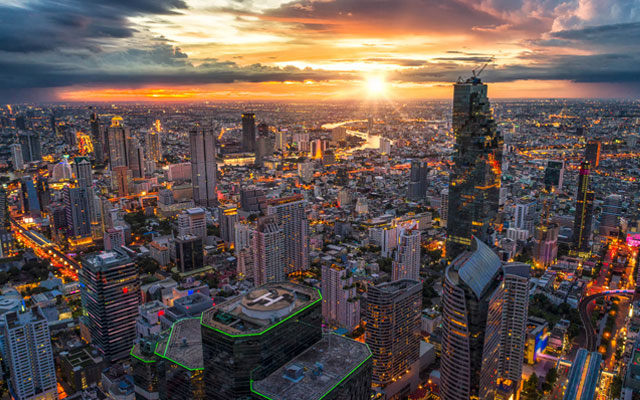 Although hotels in Thailand saw a slight uptick in occupancy rate nationwide in August, alongside an increase in the number of active hotels, a majority of hoteliers will either close business temporarily or permanently if the pandemic continues to drag on, according to a recent survey.

The joint survey by the Thai Hotels Association (THA) and Bank of Thailand found that 52 per cent of hoteliers said they will close business temporarily if the Covid-19 situation persists, while nine per cent may decide to close permanently, and 30 per cent will delay investments. The remaining nine per cent said they will switch to other businesses.

Marisa Sukosol Nunbhakdi, president of THA, said that the 215 hotels surveyed, excluding ASQ hotels and hospitels, saw an occupancy rate of 10.6 per cent nationwide in August, a slight increase from 9.6 per cent in the previous month.

She also noted that 48.4 per cent of hotels was active in August, a jump from 40.1 per cent in July. The uptick was mainly driven by hotels in Bangkok which pivoted to focus on the long-stay market, and in Phuket which reopened to vaccinated tourists without quarantine in July.

However, 70 per cent of respondents said their liquidity in August declined by more than 20 per cent compared to the previous month, while 65 per cent have less than three months of cash reserves. Meanwhile, half of them have only enough liquidity for less than a month.