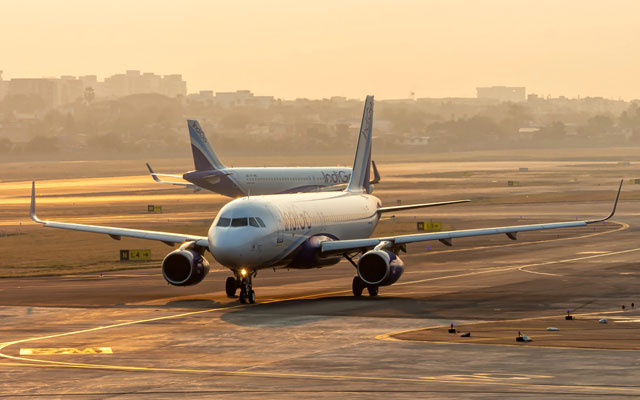 Indian tourism stakeholders expressed disappointment at the Directorate General of Civil Aviation (DGCA)’s extension of the ban on international commercial passenger flights to and from India until September 30.

The ban was originally scheduled to lift on August 31, and the extension has dampened the spirits of tour operators who were hoping that the reboot would kickstart tourism recovery.

“We needed a forward-looking approach for the industry in these times of distress. We didn’t receive any support from the government and the least we expect is a chance for us to stand back on our feet,” said Ajay Prakash, CEO of Nomad Travels and president of the Travel Agents Federation of India.

“Other countries are opening up for tourism and we aren’t. The resumption of scheduled international flight operations would have created an impression among tourists that India is safe to travel.”

International flights were first suspended in India on March 23, 2020 following the outbreak of Covid-19. Since then, the aviation regulator has extended the ban several times. However, special international flights have been operating under the Vande Bharat Mission since May 2020 and under bilateral air bubble arrangements with selected countries since July 2020.

“We were hoping that international flights would resume as the pandemic situation in India and many countries, mainly in Europe, has improved considerably, but this decision has again put brakes on our expectations,” said Sanjay Razdan, director of Razdan Holidays and joint secretary of the Indian Association of Tour Operators.

“Restarting regular international flights (at the beginning of September) would also have sent a positive signal to the international community and we could have expected people to start travelling from October 2021.”

The trade has also raised questions as to how the government’s recently announced free tourist visa scheme will help spur inbound demand, if the international flight ban were to remain in place.

Finance minister Nirmala Sitharaman had earlier this year announced that once international travel resumes, the first five lakh (hundred thousand) tourist visas will be issued free of charge. The benefit that will be available only once per tourist will be applicable till March 31, 2022.

“What’s the point of issuing free visas if we don’t have flights (coming into the country)?” said Prakash. “Inbound travel will now require a lot of planning. A tourist has to be assured about his or her safety at every touchpoint in the course of travel. If we don’t resume international flights now, how is the industry supposed to be ready before the inbound peak season that begins from October?”

Razdan appealed to the Ministry of Civil Aviation and DGCA to resume international flights soon, and said the country should at least allow entry to fully vaccinated travellers from destinations with high vaccination rates.