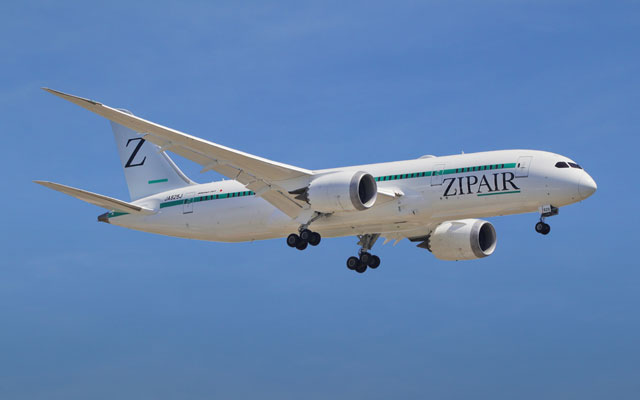 Japan Airlines’ low-cost carrier, Zipair Tokyo, will be expanding its international network with the launch of a weekly service between Tokyo and Singapore on September 7.

Singapore will be the airline’s four destination, alongside Bangkok, Seoul, and Honolulu. The two-way service will be operated on Tuesdays using a Boeing 787 configured aircraft, initially as a weekly service which will be increased to twice weekly from late October.

Shingo Nishida, president of Zipair Tokyo, said: “Due to the impact of Covid-19, restrictions on entry into both countries are still in effect, but we hope that our new service to Singapore will provide a new convenient option for those who need to travel to and from Japan for business or pleasure.”