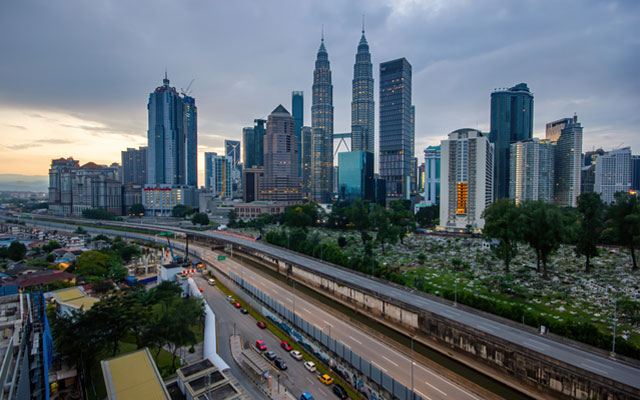 Malaysia has extended its nationwide lockdown, dubbed movement control order (MCO) 3.0, for the second time to stem the spread of Covid-19.

Prime minister Muhyiddin Yassin said that the government will maintain phase one of the nationwide lockdown until the following three main threshold indicators have been met: The number of new daily Covid-19 cases dip below 4,000, the public health system returns to moderate levels, and 10 per cent of the population has been fully vaccinated.

Meanwhile, the country’s vaccination programme is in full swing, with more than 7.2 million doses of vaccines having been administered nationwide. Of this, over 5.2 million have received their first dose, while the remaining have received both doses.

Earlier this month, the prime minister had announced the country’s national recovery plan, which is a four-phased exit strategy from the Covid-19 pandemic.

To transition to phase three, the number of new daily infections would have to drop below 2,000, the healthcare system would have to be at a comfortable level with enough beds available in ICUs, and about 40 per cent of the population should have received two doses of the vaccine.

In the final phase four, expected to take place in 4Q2021, the number of new daily infections should stand at less than 500 and 60 per cent of the population would have to be fully vaccinated. In this phase, all economic sectors will be allowed to operate including domestic travel, but under strict SOPs.

Uzaidi Udanis, president, Malaysian Inbound Tourism Association (MITA), stressed on the need to speed up the nationwide vaccination programme to achieve herd immunity quickly and for life to return to normalcy.

“Meanwhile, agents will have to find ways to ‘survive’ until domestic tourism is allowed to recommence,” he said.

On its part, MITA is encouraging members to sell non-travel products to their existing clients. To support struggling agents, the association recently organised a virtual tourism bazaar, which saw the participation of nineteen vendors and generated about RM3,000 (US$723) in sales.

MITA hopes to organise more of such events in future, according to Uzaidi. He said: “We realised that many vendors were selling products that were easily available on other e-commerce sites and in retail outlets. Therefore, their profit margin was small.

“We are looking at approaching the Malaysia International Digital Entrepreneurship Centre to see how we can connect (our agent members) with Malaysian suppliers and help them to market their products to a wider audience.”

Uzaidi added that the association members are also exploring how they can market local products to neighbouring countries such as Indonesia, Singapore, Thailand and even China.