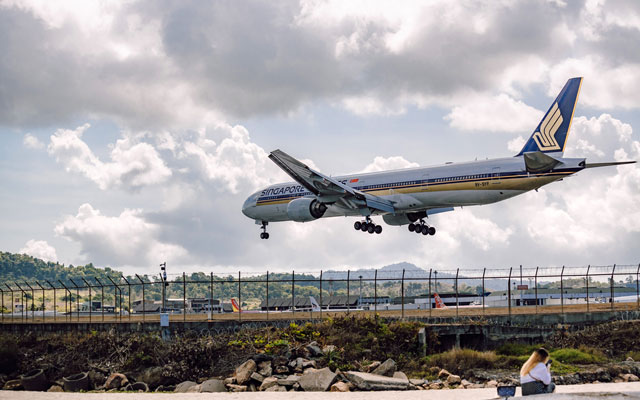 Major airlines are scheduling flights to Phuket, as the resort island gears up to welcome vaccinated travellers without quarantine beginning next month.

In addition, its subsidiary THAI Smile will be operating four round-trip flights per week between Phuket and Hong Kong every Monday, Wednesday, Friday, and Sunday, beginning July 2.

Singapore Airlines has added one more flight on the Singapore-Phuket route since June 1, up from two existing flights per week.

The airline plans for Phuket-bound services from Europe, the Middle East, and the US, given that the resort town is a popular holiday destination for tourists from these continents.

Another carrier from the gulf region, Emirates, is also starting direct flights from Dubai to Phuket four times a week, beginning July 2. The airline has also since last September resumed daily flights to Bangkok from Dubai.

In addition, Israel’s carrier EL AL will resume daily non-stop flights on the Tel Aviv-Phuket route from next month.