Europe and the UK are easing travel and social restrictions as summer approaches and people are venturing abroad. Meanwhile, many parts of Asia are battling a resurgence of Covid-19 infections and fatalities. When virulent strains abate and masses are vaccinated, will European and Indian tourists return to South-east Asian countries? Moreover, will South Asian travellers be welcomed? 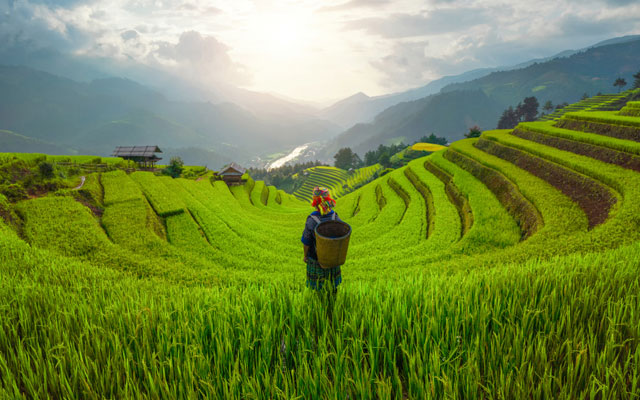 Europe and the UK are easing travel and social restrictions as summer approaches and people are venturing abroad. Meanwhile, many parts of Asia are battling a resurgence of Covid-19 infections and fatalities. When virulent strains abate and masses are vaccinated, will European and Indian tourists return to South-east Asian countries? Moreover, will South Asian travellers be welcomed?

These issues were addressed by the ASEAN Tourism Research Association in a webinar on May 6. Two professors described the characteristics of their respective markets and new travel trends that can be tapped to attract tourists back when the health situation stabilises.

“Spending level is high relative to tourists from other countries,” he said. “However, income is expected to decline post-pandemic, with the middle-class shrinking by 32 million people.” The national economic stimulus policy will impact discretionary spending, such as on overseas travel. Indian inbound traffic to Thailand, Singapore and Malaysia numbered close to two million, 1.4 million and 600,000 visitors, respectively in 2019.

Individual decision-making will also be influenced by the ‘health belief’, noted Thomas. But it may be more important to watch destination attitude and receptivity towards Indian travellers. He said Covid-19 is unevenly distributed across India. However, much depends on governments deciding whether to “retain the Indian market”.

“Ultimately, what is the receptivity of South-east Asian countries to Indian tourists, given the current dire situation? There are perception issues. So the confidence of the receiving market could be more important than whether Indian tourists are willing to go abroad,” he concluded.

Fréderic Bouchon, associate professor, Institut Paul Bocuse, cited characteristics such as the preference in the UK and Germany for package holidays booked through tour operators, whereas French and Dutch tourists favour independent travel booked through OTAs.

“The pandemic has led to prioritised travel safety and proximity. European tourists also favour unique travel experiences and authenticity, especially in non-traditional destinations where they can mingle with locals,” said Bouchon.

Covid-19 has accelerated a trend towards a slower type of tourism, enabling stressed urban residents to reconnect with themselves, nature and a simpler lifestyle. Domestic rural tourism has soared in many countries. Longhaul destinations may benefit too.

He added: “People favour authentic experiences in different cultural and natural encounters, such as local cuisine and bird-watching. South-east Asia’s rural offer fits well with that trend. Slow-mode transportation and infrastructure are important, such as cycling trails, farmstays and low-density environments.”

The distance-work model provides opportunities to relocate permanently or temporarily to sunnier or more affordable places. Those ready to relocate like sunnier climates, while keeping a comfortable income. That has triggered a strong interest in destinations like Barbados and Madeira. South-east Asian countries with a rural hinterland could target this segment.

“However, this presents challenges for the hospitality industry. Hotels will need to rethink the room setting, including office space, and adjust their offer. Other considerations include immigration regulations, visa duration and level of income,” Bouchon said.

“Gig economy nomads have high mobility patterns. Salaried employees are the new opportunity, with more stable income and residence for ‘workation’ – even longer periods up to six months. That could benefit more remote places, especially with longer-term rentals: service apartments, condos and resorts,” he added.

It remains to be seen if South-east Asia’s big cities and rural areas in Indochina and Brunei, for instance, will be able to attract European workation and special interest travellers, respectively, as soon as this winter.