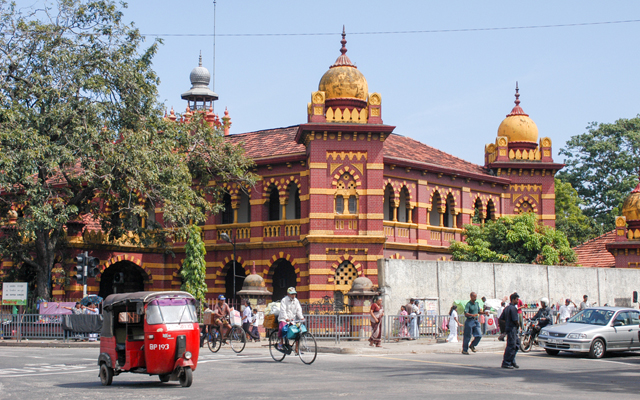 Private tourism stakeholders have decried a proposal by the Sri Lankan government to scrap current laws governing tourism policy, a move which would weaken the industry’s representation in various state-owned tourism organisations.

At a joint media briefing held in Colombo on Friday, officials of the Tourist Hotels Association of Sri Lanka (THASL) and the Sri Lanka Association of Inbound Tour Operators (SLAITO) said they were opposed to the change. They urged the government to focus on the present burning issues and not change the existing Tourism Act enacted in 2005, at a time when tourist inflows are at a record low owing to the Covid-19 pandemic.

Since the reopening of the airport for international travel in mid-January through end-March, Sri Lanka has welcomed less than 10,000 foreign visitors. In comparison, the country received an average of 160,000 monthly arrivals in the pre-Covid-19 period.

The new proposal aims to bring under one authority the different functions of the Sri Lanka Tourism Development Authority (involved in development), Sri Lanka Tourism Promotion Bureau (involved in promotions) and Sri Lanka Conventions Bureau (responsible for promoting MICE). Under current practice, representatives of the THASL, SLAITO and other related bodies are represented on the boards of these organisations, thus, having a say in their policies.

Industry stakeholders are irked that they have not been consulted on the proposed changes, which they say would be detrimental to the growth of the industry, given that the private sector voice is not represented in the proposed new authority.

THASL and SLAITO members are the main investors in the tourism industry and they are responsible for the majority of tourist arrivals to the country. In addition, they also pay the highest amount of taxes to the government.

“We are of the firm view that the tourism industry cannot be developed by merely changing the current Tourism Act, and a change should not be done, unless there is a real benefit to the stakeholders of the tourism industry in the long-term,” the two associations said in a joint statement.

The government has said the change is necessary to ensure the sustainability of the tourism sector. The proposed authority will consist of the chairperson of Sri Lanka Tourism; the director-general; secretaries to the Ministry of Tourism, Provincial Councils, Cultural Affairs, Environment and Wildlife or a nominee; and a representative of the Treasury and chairman of the Central Cultural Fund. There will be no private representation, unlike the current practice.

Industry officials said the proposed new organisation could also suffer due to a shortage of funds. Current funding for the state bodies comes under a set of taxes (including an embarkation tax for departing tourists) which brings in over 2 billion rupees (about US$10 million) annually. Of this, 70 per cent goes to the Promotion Bureau, while 14 per cent goes to the Development Authority. Under the proposed changes, only 66 per cent will be received by the new authority which has to use it for all activity – at a time when Sri Lanka is planning a massive international advertising and promotion blitz in late 2021-early 2022.

The current proposal is a return to the pre-2005 period when Sri Lanka had a single institution called the Ceylon Tourism Board with promotion and development arms. It was changed in a new 2005 Tourist Act enabling the private sector involvement in the operations of the separate entities representing promotions, development and conventions.