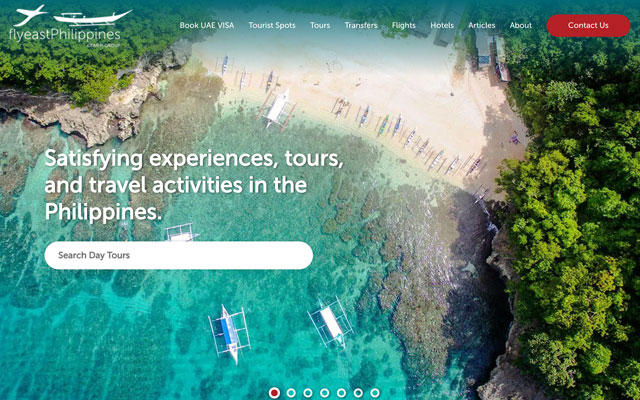 In a pivot to court affluent travellers and cater to post-pandemic needs, FlyEast Philippines is offering luxury tours replete with security escorts, chartered planes and choppers, bespoke yachts and Rolls-Royces, alongside the most opulent meals and accommodations in the islands.

For travellers with safety concerns, security escorts can be arranged that don’t end in land, sea or air travel but can be extended in hotels and tours, said Yoav Golan, co-founder and chairman of FlyEast Philippines, a satellite branch of FlyEast Israel, in a recent webinar hosted by the Israel Chamber of Commerce and Industry. For 120,000 pesos (about US$2,500) a pop, a chopper flies guests from Makati to one of the country’s most exclusive restaurants, Antonio’s in Tagaytay, with a mesmerising view of Taal Volcano’s crater lake.

Private chartered planes stand ready to transport travellers to various places around the archipelago, while bespoke yachts are available for island hopping. As well, Rolls-Royces – a rarity in the Philippines – are on hand for land transfer at 80,000 pesos per four hours.

FlyEast’s range of accommodations on offer include the private island of Banwa, which at US$100,000 per night, is the world’s most expensive accommodation, according to Golan. Posh facilities include six villas with private butlers. There’s also Nay Palad Hideaway in Siargao at US$1,800 per night, and Eskaya’s presidential suite.

Other unique accommodations include the MacArthur Suite at the Manila Hotel where General Douglas MacArthur stayed, going for 500,000 pesos per night; Okada Manila’s villa for US$10,300 a night; and Conrad Manila’s presidential suite at US$5,400 per night.

Included in FlyEast’s exclusive dining list are the Nobu restaurant at the Nobu Hotel in the City of Dreams Manila, and Mirèio at Raffles Hotel in Makati.

Golan said, though, that travellers should manage their expectations about the term ‘luxury’. He cited as example the areas around the Banaue Rice Terraces, where accommodations are few and not five-starred. FlyEast uses Native Village Inn in Uhaj, which are nipa huts with shared toilets. While the mountain lodge has modest-sized rooms and lack luxe amenities like Jacuzzis, guests are treated to an amazing view of the rice terraces.