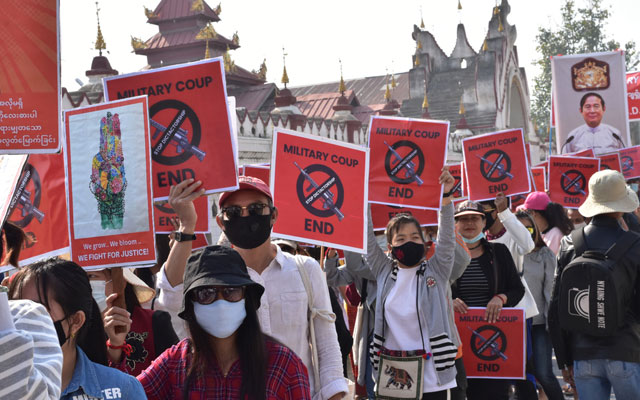 Tourism operators in Myanmar are calling on the international industry to shun military-owned operations as the nationwide civil disobedience movement against the coup continues.

In the midst of the Covid-19 pandemic, Myanmar’s tourism was dealt another devastating blow when the country awoke to a military coup at the start of February. Since then, resistance has been gathering across the country as peaceful protestors take to the streets.

DMCs in the destination fear that the military take-over will have a devastating long-term impact on the tourism industry. They are urging international players not to boycott the country as a whole, but to join the nationwide civil disobedience movement and sanction military-owned and backed businesses.

The local general manager of a leading cruise operator said: “International tour operators should blacklist all these businesses and not support them. This is very sad because we will have to work very hard to rebuild the image of the country; tourism is always relative to politics.”

Sammy Samuels, founder of Myanmar Shalom Travels, added: “One of the biggest concerns for anyone travelling to Myanmar is whether their money is in any way funding the military operation.”

He said the hundreds of thousands of locals who rely on tourism to survive have already been badly hit by Covid-19. “Being a responsible traveller (or) responsible tour operator can be part of a strategy to reassure visitors their visit will support the local economy and its people,” he added.

Activist organisation Justice for Myanmar recently published a list of military-owned businesses and is calling for sanctions against them.

The managing director of an international tour operator said that once travel resumes, it is key that overseas operators carry out “due diligence”. He noted: “It’s good for tour operators to be very careful and look into businesses and who their shareholders are.”

While international borders remain firmly closed, Myanmar’s domestic tourism was starting to take off as Covid restrictions were eased across the country. However, this has halted in the wake of the coup.

Said the cruise operator: “If the military remains in power, I don’t think we will be able to do business for another six months, and even then, will it be enough to sustain business?”