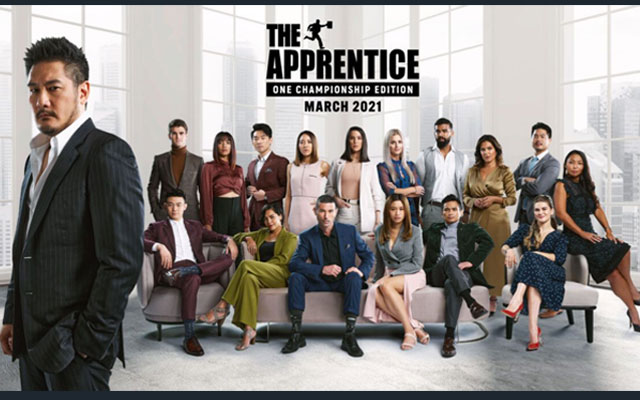 A number of iconic Singapore landmarks will be featured in the first season of The Apprentice: ONE Championship Edition, a reality show which will see global candidates pitting their wits, strength, and determination against each other on physical and business challenges.

The Apprentice: ONE Championship Edition is created by ONE Championship, said to be Asia’s largest global sports media property, and produced in association with production partner Refinery Media, with the support of Singapore Tourism Board (STB).

Filmed entirely in Singapore in accordance with health and safety protocols, some of the local sights to emerge on screen include Singapore Zoo and Jewel Changi Airport. The show allows STB to build mindshare of Singapore as a world-class leisure and business destination, with a wide array of tourism offerings that visitors can safely enjoy when international travel resumes.

In a statement released by STB, the collaboration with ONE Championship on The Apprentice: ONE Championship Edition is said to come naturally, as the show reflects the essence of Singapore’s Passion Made Possible brand. The national brand encapsulates Singapore’s never-settling spirit of enterprise in making passions possible through grit and determination – the same spirit that the show’s 16 candidates will need in order to overcome both physical tasks and business challenges.

Candidates will battle for the coveted US$250,000 job offer to work directly under ONE Championship chairman and CEO Chatri Sityodtong as his protege in Singapore for one year.

Hua Fung Teh, group president of ONE Championship, stated: “The Singapore Government, through STB, has been instrumental in helping us build a safe and viable environment to host productions and live global sports events during Covid-19. Through comprehensive support from STB, we were able to film an iconic reality television series. The Apprentice: ONE Championship Edition was made possible only by Singapore’s world-class infrastructure and unparalleled execution. The show depicts the country’s beauty and excellence, allowing our 16 candidates, World Champions, and guest CEOs to film The Apprentice with strict and reliable health and safety protocols.”

Lynette Pang, assistant chief executive (marketing group) with STB, added that the collaboration allowed the NTO to “showcase our tourism industry’s innovation and resilience over this challenging period”.

The show premieres across Asia on March 18, 2021, with a global launch June.