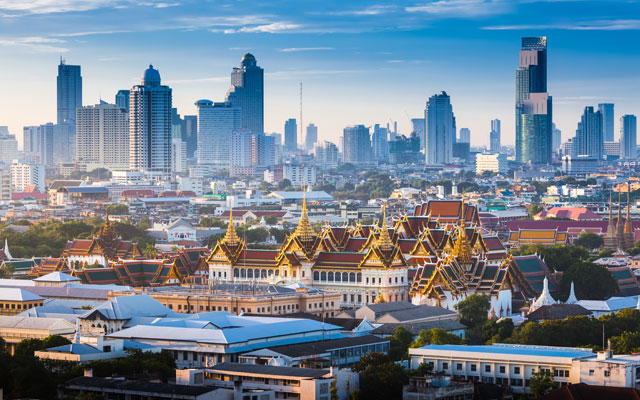 Sharp drops in hotel occupancy as a result of January’s soft shutdown to deal with Thailand’s second Covid-19 outbreak as well as various challenges, including unequal domestic travel rebound and vaccination limitations, have led travel analytics firms STR, Inc and C9 Hotelworks to predict a slow year for the Kingdom’s hotel industry.

According to Jesper Palmqvist, area director Asia Pacific for STR, Thailand occupancy for the full year of 2020 ended at 23.5 per cent, compared to 72 per cent in 2019, using Total Room Inventory (TRI) Occupancy, where the metric includes hotels that are temporarily closed.

With Standard Occupancy (excluding hotels that are closed), those numbers become 29.3 per cent and 72.9 per cent, respectively.

Palmqvist noted that occupancy rates dropped sharply for all major markets in Thailand after the New Year, as the government imposed measures to restrict the spread of Covid-19 following the second outbreak at end-January 2021.

Presently, five per cent of hotel rooms across Thailand are temporarily closed, an improvement from six months ago when over 30 per cent went into hibernation, shared Palmqvist, who added that STR is forecasting Thailand occupancy to rise to 37.7 per cent in 2021. This is a downgrade from previous forecasts, “primarily due to the combination of time frames for the rollout of vaccines in the country and continued measures of restriction movements”.

Marisa Sukosol Nunbhakdi, president of the Thai Hotels Association (THA), remains gravely concerned and has described the year 2021 as a “dangerous one” because many more hotels will soon run out of cash.

A Covid-19 surge in the middle of Thailand’s traditional peak in December 2020 had severely crippled travel and tourism players, and another wave soon after will push stakeholders deeper into the abyss.

Marisa expects more hotel operators to decide whether or not to shut their doors following the January wave of infections, which will deepen job losses; half of the hotel workforce – or about 200,000 – has been laid off since the start of the pandemic.

“This second wave of infection is hurting us even more,” she said, adding that the small domestic market will not be able to plug the loss of international arrivals and hotels will continue to feel the impact of depleted business for the next two years.

According to THA, only 30 to 40 per cent of hotels in major Thai destinations such as Phuket, Koh Samui, Phang Nga, Pattaya and Chiang Mai, are still in operation.

Hopes for upcoming holidays
With infections under better control, the Thai government eased restrictions on 13 types of businesses and venues in the capital on January 22, and lifted the 14-day quarantine for visitors to Phuket from Bangkok and Samut Prakan.

“This was driven in expectation of a strong opportunity for domestic visitors over Chinese New Year and another long government mandated holiday in February,” shared Bill Barnett, founder of C9 Hotelworks.

The Thai government has added eight holidays to the 2021 calendar, including, for the very first time, Chinese New Year, and according to Barnett, “consensus is that the current restrictions will ease by March prior to Songkran holiday.”

Both Barnett and Palmqvist anticipate drive-to holiday markets like Hua Hin and Pattaya to fill up more quickly.

“Chinese New Year is so far not showing any major movements outside drive-to markets from Bangkok, and we are yet to see concrete plans on what any incentivising projects before and after Songkran will lead to,” said Palmqvist.

He blames “domestic travel patterns” for the lack of interest in inbound-tourism geared destinations.

“While markets like Hua Hin and Pattaya quickly saw good weekend demand from larger Bangkok, and over time this was also seen in Chiang Mai during 4Q2020, it’s a much more challenging situation for Phuket and Khao Lak and other destinations that over time have become hugely popular with overseas visitors – and not much at all from a domestic Thai perspective. Destinations like Krabi and Samui have seen slightly more (travellers) in 4Q2020, but it is still very limited and behind other markets up north,” he elaborated, adding that vouchers and an incentive scheme will not be able to alter traditional domestic travel patterns, particularly in Thailand.

C9 Hotelworks anticipates that Phuket can look forward to 150,000-160,000 travellers a month, but a considerably lower average length of stay.

“A lower average length of stay for the domestic market is a reality of the marketplace, given shorter holidays and friends and family travel patterns. For Phuket hotels though, they would gladly want 20 to 30 per cent annual occupancy in 2021 given the single digit start of the year after the Bangkok shutdown,” opined Barnett.

Confidence restoration is key to recovery
Barnett observed the countrywide situation remains volatile, as long as there is no vaccination for the communities where tourists frequent.

“There has to be a national priority to vaccinate and (correct) the negative sentiment of Thai people (and their fear) of incoming tourists. This is key to a (successful) reopening,” he said.

Vichit Pragobgosol, president of the Association of Thai Travel Agents, agrees that Thailand’s Covid-19 vaccination programmes are critical for the industry’s survival. He expects a rebound to normalcy only in late-2022 or early-2023, in line with air travel projections.

“While we expect a gradual increase of key economic factors in the country in 2021, Thailand’s current plans of the vaccine rollout via the Covax programme make it reasonable to believe that travel-inhibiting restrictions to some degree will remain in place even beyond the first half of 2021,” he concluded. – Additional reporting by Suchat Sritama