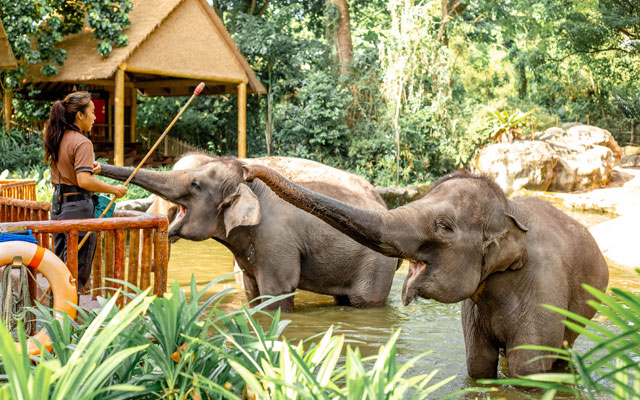 Following two successful programmes in December under its Pay It Forward campaign, Trip.com has decided to extend its efforts around supporting charities, social service agencies as well as tourism businesses in Singapore to June 2021.

Launched on December 1, the Pay It Forward campaign calls on Singaporeans to donate attraction tickets purchased with their SingapoRediscovers Vouchers (SRVs) to selected beneficiaries through Trip.com’s platform.

The first programme in partnership with Boys’ Town met the donation target of 100 tickets to the Singapore Zoo within a week. The second project sought donations of 220 tickets to the Night Safari, in favour of Club Rainbow (Singapore) beneficiaries and their caregivers.

A third programme is ongoing now, to gift Boys’ Town wards and their caregivers with 110 tickets to the River Safari. Although the programme is set to conclude on February 28, there are already 484 tickets booked and donated at press time.

Ru Yi, area general manager – Asia, Trip.com, told TTG Asia that as the authorised booking partner of the SingapoRediscovers campaign, the company works closely with partners to encourage Singaporeans to redeem their SRVs in support of local tourism companies and bring about a multiplier effect on spending.

“At the same time, we acknowledge that some may want to donate their SRV products to a meaningful cause,” she said, adding that the initiative also helps to raise awareness of the beneficiary groups supported by Pay It Forward, “rally and inspire our stakeholders to come together and support them in various ways during and beyond this campaign, and also maximise the level of support to the local tourism industry”.

Trip.com is no stranger to community work during times of crisis. Throughout 2020, even as the company battled with the pandemic and faced business challenges, it went on to donate three million surgical masks worldwide and had its team members contribute time and resources to help needy local communities.

The Malaysia team, for instance, provided cash and in-kind donations to the Malaysian Association for the Welfare of Mentally Challenged Children; the Philippine team raised funds for relief packages that were directed to at least 100 families impacted by Typhoon Ulysses; the Cambodian team donated surgical masks, alcohol hand gel and medical gloves to impoverished children as well as participated in a blood donation drive for the Angkor Hospital for Children.

Yi acknowledged that local social service agencies were “doing an amazing job in supporting and empowering various disadvantaged or needy groups”, and saw that it was also Trip.com’s “responsibility to step forward and support them in their work and services which will have a lasting impact on these beneficiaries”.