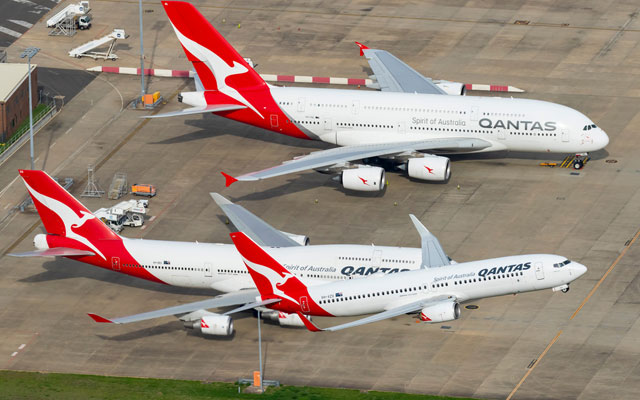 Qantas has launched a series of scenic flights landing at some of Australia’s key holiday destinations, following the success of its inaugural “flight to nowhere” earlier this month.

As more domestic borders open, the national carrier will evolve the scenic flight concept to offer an overnight getaway to iconic Australian spots; while still including low-level flybys over attractions such as Uluru, Sydney Harbour and the Great Barrier Reef.

Qantas Group CEO Alan Joyce said: “We were overwhelmed with the response to our scenic flight while most border restrictions were still in place. It sold out in 10 minutes and the feedback from people onboard was fantastic. Even the most frequent flyers said they had never experienced Australia from the air quite like that. And our crew loved being back on board.

“Now that more borders are starting to open, we’re partnering with tourism operators on the ground to offer special flights to special destinations. Even though seats are limited, we think the awareness generated by these flights is a great way to get more people thinking about where they might holiday as we head towards summer.”

Using a Qantas 737, the first Scenic Flight Getaway will take 110 passengers from Sydney to Uluru on December 5, returning the next day. The overnight outing will include a pre-flight champagne breakfast; low-level flybys of Sydney Harbour, Uluru and Kata Tjuta; alongside a stay at Ayers Rock Resort’s premier hotel, Sails in the Desert.

During their stay, guests can enjoy a hands-on indigenous art workshop, a Night at Field of Light including a three-course dinner, with a didgeridoo performance and an indigenous interpretation of the night sky. They can also participate in a guided walk to the Muṯitjulu Waterhole as well as a visit to neighbouring Kata Tjuta the next day before their flight back.

The first Qantas Scenic Flight Getaway went on sale at 14.00 today via the airline’s website. Fares cost A$2,499 (US$1,766) for economy class and A$3,999 for business class – both inclusive of twin share accommodation.