As the fate of international tourism worldwide remains up in the air, Asian airlines have been spreading their wings into new revenue sources in a desperate bid to stay afloat. 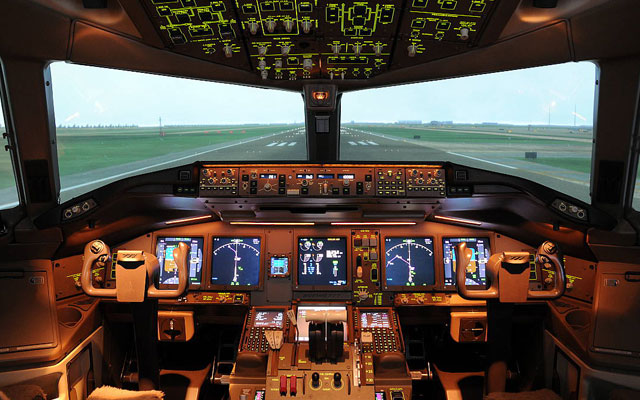 • Continued freeze on foreign travel forces airlines to innovate and unlock new revenue streams
• Sales for sightseeing tours, virtual reality flight experiences soar on back of pent-up travel demand
• From pyjamas to fried dough fritters, no product is off-limits for airlines desperate to generate some cash

As the fate of international tourism worldwide remains up in the air, Asian airlines have been spreading their wings into new revenue sources in a desperate bid to stay afloat.

As the concept of sightseeing tours in the skies takes off in Asia, more airlines are seeing it as a runway for revenue growth, pencilling in additional dates or throwing in complementary perks around these no-destination flights to pique pent-up wanderlust – and pandemic-weary consumers are lapping it all up.

Airlines like All Nippon Airways, EVA Air, and Qantas have sold out flights that take off and land at the same airport, satisfying the travel urge of frequent flyers and homebound travellers, as the majority of borders across the globe remain sealed.

As the latest carrier to hop on the trend, Hong Kong Airlines (HKA) is set to operate a 1.5-hour sunset flight from Hong Kong to Hong Kong. Dubbed Embrace “Home” Kong flight, the October 24 service also aims to support local businesses and artists.

All 100 tickets for the joy flight sold out within 30 minutes, and a spokesperson from HKA told TTG Asia that due to the “overwhelming demand”, the airline may consider launching similar flights “in the very near future”.

Using an Airbus A320 aircraft, the flight will fly within 200 nautical miles from Hong Kong over the South China seas. Starting from HK$852 (US$110) for one or two passengers and HK$1,188 for a party of three, the airfare includes HK$600 in cash vouchers, which can be used to purchase air tickets from HKA or products from the airline’s wholly-owned subsidiary HKA Holidays.

An add-on staycation at Novotel Citygate Hong Kong priced at HK$1,288 is also available for purchase for ticket-holders, which includes a one-night stay in a standard room plus dinner and breakfast buffet for two adults.

To help struggling local agents, an undisclosed number of tickets to the sunset flight were sold at appointed travel agencies. A tie-up with inflight caterer, Gate Gourmet, will provide snack boxes to all participants. Customers can also redeem a dining discount at aviation-themed restaurant, The Galley by Café Proud Wings.

A lucky draw on that day will dangle prizes including luxe staycations, restaurant vouchers, an experience in the airline’s flight simulator, as well as an airfare and accommodation package for two in Bangkok from HKA Holidays.

Through this initiative, the airline also aims to promote local art and culture, through the sale of special travel memorabilia designed by four local artists, alongside take-home souvenirs featuring their work for all participants.

Over in South Korea, Asiana Airlines will conduct scenic flights over four resort areas including Jeju island for 310 passengers over two days – October 24 and 25. Using A380 airplanes, the flight experience will include an in-flight meal and amenity kit. Discount coupons for domestic routes are built into the fare, ranging from 250,000 won (US$175) to 305,000 won.

Tickets for these flights to nowhere sold out within hours, according to The Korea Herald – and they aren’t the only faux flights to sell like hotcakes.

Qantas Airways’ seven-hour scenic flight over Australia’s Outback and Great Barrier Reef in October was the fastest-selling flight in the airline’s history. All 134 tickets on the Boeing 787 were snapped up in 10 minutes, with passengers forking out between A$787 (US$579) and A$3,787 for the joyride.

Similarly, all 120 tickets to Tigerair Taiwan’s sightseeing flight from Taipei that circled over Jeju in September sold out within four minutes. The airfare, costing NT$6,888 (US$240), includes a one-year voucher for round-trip tickets from Taiwan to South Korea, which can be used after Covid-19 travel bans are lifted.

The record-holder for fastest-sold sightseeing flights, though, is Taiwanese start-up carrier Starlux Airlines. In early August, Starlux unveiled its first “pretending to go abroad” flight piloted by its chairman, and all 188 tickets for the 3.5-hour trip over the Taiwan-controlled Pratas Islands in the northern part of the South China Sea flew off the shelves in just 30 seconds. Tickets went for NT$4,221 (US$147) each.

Changing the game, upping the ante

Grounded passengers who are unable to fly abroad, are also opting to fly past the moon instead. In conjunction with the Mid-Autumn Festival, Chinese budget carrier Spring Airlines offered around 100 moon-viewing flights from September 26 to 28, giving travellers the chance to get a close-up view of the supermoon lunar eclipse, reported CNN. Keeping festival traditions alive, activities such as writing couplets, giving out mooncakes, and guessing lantern riddles were also carried out during the flights.

Likewise, EVA Air and Starlux have also launched moon-gazing flights in early October, allowing passengers to catch glimpses of the moon in its full glory.

Pre-boarding, passengers were serenaded by a string quartet from the airline’s own symphony orchestra who played moon-themed classics such as Fly Me to the Moon and The Moon Represents My Heart. Passengers who shared the same name as the Chinese moon goddess, Chang’e, were gifted with a Dreamliner model.

Promising to bring passengers on a journey “closest to the moon”, the Starlux Fly to the Moon flights included a Michelin-starred meal in each NT$5,888-priced ticket.

The airline has since chalked up more than a dozen flights to nowhere, with most of the flights being scooped up within 10 minutes, Katie Chao, a spokesperson for Starlux, told the Times. Aiming to up the luxe ante on these no-destination flights, the airline has been bundling flight packages with hotel stays, she added.

For Taiwan’s flag carrier China Airlines, its flights to nowhere were paired with flight attendant lessons for kids. In August, the carrier started conducting morning camps at its Taoyuan headquarters which saw participating children playing the roles of cabin crew and serving passengers in a mock cabin. This was followed by a two-hour sightseeing flight over the island, which also flew into Japanese airspace.

Also looking to engage families with kids, Singapore Airlines (SIA) is offering behind-the-scenes tours of its training facilities over the November school holidays. Visitors will gain insights into the airline’s 70-year history, with the opportunity to interact with the crew. Admission tickets, which include an in-flight meal and goodie bag, are priced at S$30 (US$22) for adults, and S$15 for children aged three to 12.

Several activities are also available as add-ons, including a junior cabin crew experience (S$88), a full flight simulator ride (S$500 for up to three participants in a 30-minute session), a wine appreciation experience (S$38), and a grooming workshop which includes a Lancôme makeup palette (S$88).

There are even opportunities for grounded travellers to enjoy the thrill of take-off, without even leaving the ground.

This month, the debt-ridden Thai Airways International (THAI) opened access to its Airbus and Boeing flight simulators, offering budding pilots and aviation fans the chance to play pretend pilot. Customers can hop into a mock cockpit of their choice from four aircraft models – the Airbus A380, Boeing 777-300ER, Boeing 747-400, and Boeing 737-400 – and be able to use the flight training devices.

Pilots and co-pilots will accommodate customers throughout the entire session, with prices ranging from 12,000 baht (US$385) for a half-hour session for two users to 36,000 baht for a 90-minute experience for a trio.

The simulators are normally reserved for the training of pilots employed by THAI and those from overseas, and have only opened to the public for the first time as part of the THAI Flying Experience & Beyond project, which also includes plans to conduct sightseeing flights around the country, reported the Bangkok Post.

While the entertainment company has been in operation since 2017, the take-up rates for the 6,580 yen (US$62), 110-minute flight simulation has doubled amid Covid-19 as Japanese holidaymakers turn to virtual reality for a taste of travel, Reuters reported.

Selling everything from airplane food to pyjamas

To recreate the experience of in-flight dining, SIA turned its A380 double-decker superjumbo aircraft into a pop-up restaurant which will host diners over the next two weekends. More seats and dates were added after tickets for the original two seatings were snapped up within 30 minutes.

Diners can savour the airline’s signature dishes, or familiar favourites from its Peranakan menu, at the pop-up Restaurant A380@Changi. Prices range from S$50 (US$37) and S$90 for a three-course meal in economy and premium economy class, to S$300 for a four-course meal in business class and S$600 in suites. Each meal comes with two complimentary alcoholic drinks and free flow of other beverages.

Other highlights include a heritage showcase of the airline’s cabin crew uniforms through the years, an exclusive pre-lunch tour of the A380’s private access areas including the cockpit, alongside limited-edition souvenirs.

For those who prefer home-delivered airline meals, SIA@Home lets customers enjoy first class and business class meals in the comfort of their own home, for the starting price of S$448 and S$288, respectively. Ten menus are on offer, with limited-edition dining ware and amenities included in select packages.

For a taste of the ultra-luxe dining experience, customers can also book a private chef who will reheat, plate and serve the meal for them in their homes.

SIA’s pop-up eatery follows THAI’s move in September to transform its cafeteria at its Bangkok base into an airplane-themed restaurant, complete with aircraft seats and cabin crew serving in-flight meals on trays.

The Thai flag carrier, which is undergoing debt restructuring, has also started selling its own version of fried dough sticks at the airline’s five food outlets in Bangkok. The dough fritters are a hit, reportedly raking in 10 million baht in monthly sales, prompting plans for a franchise, reported the Bangkok Post.

When it comes to airlines peddling stuff for added cash flow amid the travel slump, nothing seems off-limits. In August, Starlux launched a limited-edition biscuit set dubbed Starbox, which came in a case shaped like an air freight container used on the airline’s Airbus A321neo planes. All 1,500 Starboxes, each priced at NT$1,780, sold out within 35 minutes. Buoyed by the success, the airline released a second edition of the gift box early last month.

After Qantas was forced to retire its Boeing 747 fleet six months early due to the pandemic’s impact on air travel, it sought to make a quick buck by peddling the bar carts salvaged from the jumbos. A total of 1,000 “well-travelled” bar carts which were up for sale came stocked with alcohol, sweet treats, business class amenity kits and pyjamas, and a first-class Sheridan throw.

Offering customers a chance “to own a piece of aviation history”, the carrier claims that “each cart has travelled the world, from London and Los Angeles to Singapore and Santiago”, with each averaging around 2,000 flights. Priced at A$974.70 for a half-cart, and A$1,474.70 (US$1,038.74) for a full-size cart with double the items, the catering carts quickly sold out.

The Australian airline in August had also turned its excess stock of in-flight perks typically bestowed upon premium passengers into 10,000 care packs, slapped a A$25 price tag on each one, and put them up for sale online. All packs sold out within a few hours. Besides the airline’s highly coveted business class pyjamas, the kits also contained tea bags, Tim Tams, hand cream, and smoked almonds.

Earlier this month, Qantas sold off more 747 memorabilia – including emergency exit signs, phone handsets and a galley control unit – via a charity auction, with the resulting funds donated to the Royal Institute of Deaf and Blind Children.