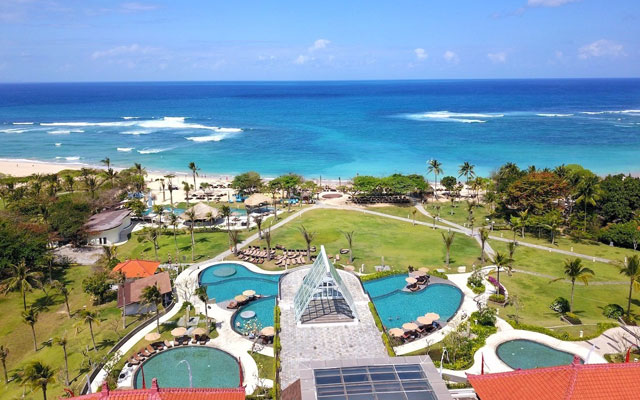 A quartet of state-owned companies have signed an agreement to consolidate their hotel subsidiaries to form a holding company, with the long-term goal of transforming into the largest hotel chain in Indonesia.

Kartika Wirjoatmodjo, deputy minister of State-owned Enterprises (BUMN), said that BUMN should focus on their respective core businesses, while their unrelated subsidiary businesses needed to be consolidated under one holding company.

“Hotels owned by BUMN have a very strategic location, so if we can focus on providing good service, it is very possible that these state-owned hotels will be the pride of Indonesia,” he said.

In addition to sharpening business focus, this industry consolidation is expected to optimise business operations and help the companies gain a competitive edge, with the goal of becoming a market leader in the hospitality industry in Indonesia, according to Kartika.

Currently, the MoU has consolidated 22 hotel units, with Wika Realty appointed as the holding company for state-owned hotels.

Prata Kadir, director of technics and development of Wijaya Karya (Wika) Realty, explained that the holding consolidation scheme uses a share swap or inbreng shares system. Meanwhile, the share ownership value to be taken by Wika Realty will only be determined after the company has finished assessing the investment feasibility analysis.

“We are still conducting investment and assets feasibility analysis, while simultaneously preparing new subsidiaries for hotel holding and operator. The target is that by the end of the year, it will be completed so that by early 2021, we can start doing business development, including renovating hotels,” Prata explained.

In the master plan prepared by the company, in the third or fourth year of its conception, it will create a flagship hotel brand with international quality standards.

He shared: “We cannot yet decide whether to form a new brand or use an existing hotel name. However, it is certain that the value proposition, brand and market valuation will follow the (new) business plan that is currently being drafted.”

Although BUMN minister Erick Thohir has instructed a total of 104 state-owned hotels to join the BUMN holding company, Parta said the company could not guarantee that it could fulfill this wish.

“It all depends on the results of investment and assets feasibility analysis. If the results of the study are negative, why force takeover shares that have the potential to make the company’s performance worse?” Prata said.

Echoing this sentiment is Iswandi Said, president director of Hotel Indonesia Natour, who said the creation of a world-class flagship hotel needed to be economically feasible.

However, a greater challenge is the reskilling of the company’s workforce, he added. “State-owned hotel staff are mostly complacent about the status of state-owned companies so they are reluctant to upgrade their skills. In order for the holding company to become internationally competitive, the first job to be done is to restart the hotel staff’s mindset and upgrade their skills,” Iswandi said.

Meanwhile, Budijanto Ardiansjah, president director of My Duta Tour, said that this hotel company merger could be beneficial for business development and networking purposes.

“Merging state-owned hotels will not only be able to restore the glory of Hotel Indonesia’s flagship, but will give tourists more choices of international standard accommodation in Indonesia,” he said.