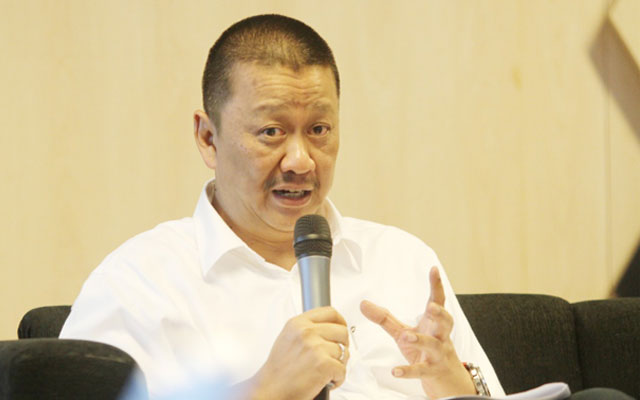 A more concentrated push needs to be taken by Indonesia’s government to stimulate domestic travel demand, including focusing its marketing efforts on select few destinations and rolling out a safe travel campaign to shine light on the industry’s crusade against coronavirus.

He suggested for the government to follow in the footsteps of neighbouring countries like Thailand and Malaysia who dedicate their marketing resources to specially promoting just a couple of destinations such as Phuket and Penang in the initial Covid-19 recovery phase.

To get the tourism sector back on track, the government should evolve its marketing strategy to focus on two destinations over the next one to two years, including Bali as a top priority plus one of the 10 New Balis to be determined by considering “the interest of the people”.

“If our attention is spread out to ten destinations, we will not get many tourists (due to the lack of focus),” he said in a recent webinar initiated by Indonesia National Air Carriers Association (INACA).

To stimulate demand to the selected destinations, the government needs to play a more proactive role, said Budi Tirtawisata, CEO of Panorama Group. Examples of measures he cited include incentivising tourists and tour operators in source markets, activating travel and trade shows, diversifying attractions in tourist destinations, standardising safety protocols, and providing tax holidays for investment in the tourism sector.

He said that the government also needed to roll out more friendly regulations to air passengers to lure them to fly as well as lobby foreign airlines to reopen direct routes to those destinations.

However, Irfan stressed, health protocols should not be neglected for the sake of expediting tourism recovery, as the pandemic has brought safety to the top of travellers’ minds. Weak enforcement of health protocols along the tourism value chain could lead to a collapse of public confidence in travel and airlines, resulting in a more drawn-out recovery for the sector.

“There was a debate about the necessity to increase airline seat capacity from 50 to 70 per cent, or even 100 per cent. Garuda Indonesia did not want the government to restore full operational capacity because physical distancing has been the concern of the people and the airline industry should be the first to set an example and comply to the health protocols,” he said.

Such industry-led efforts to campaign for safe travel should be more widely publicised via a massive state-run campaign, opined Elly Hutabarat, chair of the Indonesian Travel Agent Association.

Public fear about air travel lingered due to the lack of an effective campaign, Elly said, even though airlines have equipped their aircraft with a HEPA filter, which can purify the air to reduce airborne transmission risk.
According to her observations, many people are unaware about HEPA.

She, therefore, urged the government to collaborate with INACA, airport operators, and other stakeholders to roll out a joint campaign on safe travel, which includes raising awareness about HEPA.

“Why do (businesses) hire a good PR company to make an effective campaign? Because they know how to change people’s minds,” she said.

Muhammad Awaluddin, president director of airport operator Angkasa Pura II, agreed with Elly on the necessity and importance of a publicity campaign to rebuild trust among the flying public.

The Angkasa Pura II, he said, had launched the Safe Travels Campaign on July 27. Since then, he has seen 9,289 aircraft movements and 788,000 passengers across its 19 airports from August 1-12, up 16 per cent month-on-month and 48 per cent from July, respectively. He believed that the result would be bigger if all stakeholders collaborated.