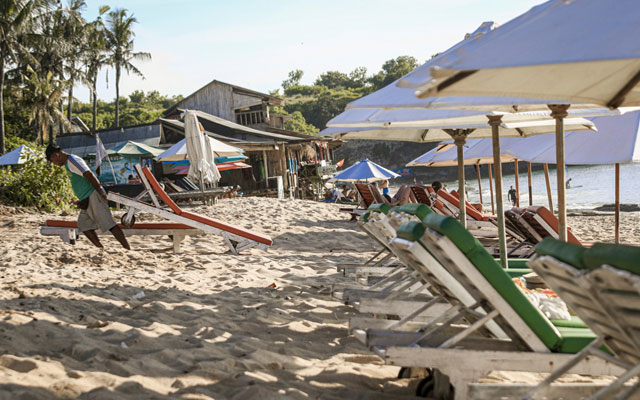 An effort by Indonesian travel companies is underway to try to gather 5,000 signatures for a petition calling on president Joko Widodo to allow Bali to reopen to international tourists from September 11.

This comes as the Bali governor I Wayan Koster confirmed over the weekend that Bali’s borders will remain closed through the rest of 2020.

In a statement issued last Saturday, Bali governor I Wayan Koster said: “Up to the end of 2020, Bali Regional Government will optimise its efforts to attract domestic travel in order to recover Bali’s tourism and economy.”

Koster said the decision for Bali to remain closed to foreign travellers through 2020 was made after discussions with the minister of tourism and creative economy; the minister of foreign affairs; as well as the minister of law and human rights, which oversees immigration.

He said that while the Covid-19 situation in Bali is better than in other parts of the country, major regions across Indonesia remain under the red zone classification.

If Bali were to reopen too soon and suffer a fresh wave of infections, it may end up tainting the image of Indonesia, including the island, which would be counterproductive to its tourism recovery, he added.

However, the travel trade is still holding out for the reopening of Bali’s borders in September. The Indonesia Inbound Tour Operators Association is slated to hold a hearing with the Parliament in Jakarta to convince the government on the importance of reopening Bali’s borders soon.

Meanwhile, trade members are preparing to file the petition appealing to Jokowi to allow Bali to open to international tourists from next month.

As of August 23, the petition has garnered about 3,200 signatures from travel companies across the country, mostly inbound tour operators in Bali, which make up 90 per cent of all travel companies on the island.

Pegasus Indonesia Travel CEO Jimmy Saputra, who initiated the petition, said that the Bali administration’s announcement in July that the island was ready to welcome foreign tourists from September 11 was like “a breath of fresh air” for struggling inbound tour operators who had been left out in the cold by the central government without any financial aid amid the Covid-19 crisis.

However, he added, they are now mired in anxiety after the government confirmed that Bali will remain closed to international tourists till 2021.

“We (travel companies) are dying, and the government has not given us any financial assistance. We are also categorised as a high-risk debtor by banks so none of them dare to give us credits,” he said.

Jimmy said that if Bali’s borders continue to remain closed to foreign tourists, many travel companies in Bali would risk going bankrupt. Rebooting operations would not be an option, he added, as they lacked the assets to do so.

With regards to the government’s concerns that reopening international borders could spark new waves of infection, he said that such risks could be minimised by implementing stringent hygiene protocols, and restricting entry to citizens from select low-risk countries, such as Russia, which now permits its citizens to travel to select destinations overseas.

After news broke that Bali is ready to welcome foreign tourists again from September 11, numerous Russian citizens had made bookings to travel to the island, according to Jimmy. His company, Pegasus, is slated to receive 574 Russian tourists this year, including 139 in September and 234 in October.

“Even if (the government decides) that the Russians (who were eligible for visa-free facilities prior to Covid-19) need to apply for a visa now, it is fine,” he said.

Adjie Wahjono, operation manager of Surabaya-based Aneka Kartika Tours, who had signed the petition to support Bali’s September 11 reopening, opined that given that Bali is an island on its own, that is an advantage. He added that if new Covid-19 cases were found in Bali, it would be easier for the government to curb the virus spread and to prevent the suspects from travelling to cities outside of Bali.

Another petition signatory, Pranoto Hadi Prayitno, the owner of Citra Gilang Tour, said that the arrivals of foreign tourists to Bali would gradually rebuild tourist’s confidence to visit other destinations in the country.

“Bali is the barometer of Indonesia’s tourism. The reopening of the island will automatically drive the wheel of the tourism sector in other regions,” he said. – Additional reporting by Mimi Hudoyo