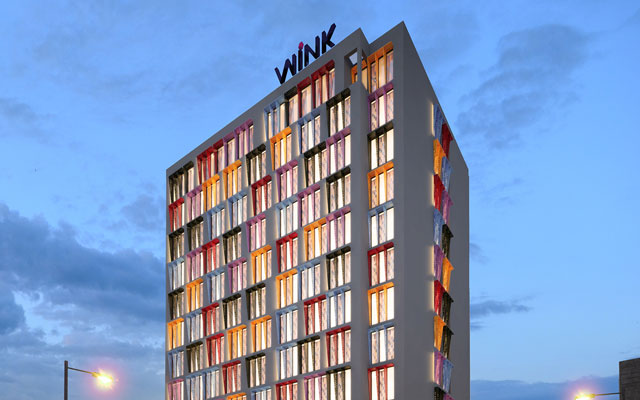 Vietnam’s first major lifestyle hospitality chain Wink Hotels has launched, setting its sights firmly on the domestic market, as it readies to open its debut hotel later this year.

Setting out to redefine affordable luxury, Wink Hotels touts itself as “a sleek, chic and vibrant lifestyle brand” that reflects a “young, modern and confident Vietnamese identity”.

The hotel chain is designed by AW2, conceived by developer Indochina Kajima, and operated by Indochina Vanguard – the latter two being joint venture companies with Indochina Capital and Kajima Corporation, and Vanguard Hotels, respectively.

The first Wink branded hotel will be the 237-room Wink Hotel Saigon Centre @ 75 Nguyen Binh Khiem, opening in Ho Chi Minh City’s Da Kao area in 4Q2020. It will be the first in a pipeline of 10 hotels to launch across Vietnam over the next four years, according to a press release.

Properties to follow include the 243-room Wink Hotel Danang Centre @ 178 Tran Phu, and a third in riverside Danang as part of a mixed-use complex with a 60m façade on Tran Hung Dao Street, along the Han River.

Fuelled by economic growth and the advent of low-cost carriers, domestic tourism in Vietnam grew 22 per year from 2014 to 2019, registering 85 million domestic travellers last year.

Wink Hotels is looking to tap Vietnam’s booming domestic travel market, as the country’s successful management of the coronavirus and the quick re-opening of the economy have prompted greater emphasis on domestic tourism to spur growth.

With 48 per cent of Vietnam’s 96 million population under the age of 34, the brand is looking to capture “young, aspirational and highly mobile” business and leisure travellers.

Wink Hotels CEO Michael Piro said: “These are exciting times for the Vietnamese hospitality industry. There’s a massive, underserved market segment currently and it is our clear ambition to serve and inspire this youth market with a new and dynamic brand of hospitality.

“Wink Hotels will be modern, bold and resolute in personality – reflecting a strong cultural identity – while being deeply respectful of Vietnamese traditions. At the same time, we offer guests a fun and connected destination experience.”

Strategically positioned to embody a youthful spirit, the brand will aim to convey that through Wink Guides, a team of personality-driven associates that will individualise interactions with guests, leveraging their local knowledge and sharing their own stories.

Other key features will be self-check in; grab and go Wink Food Carts; as well as social, community spaces and flexible seating.

Partnership and collaboration will be a signature of all Wink Hotels as the brand celebrates Vietnamese culture, creativity and commerce. For example, Wink has partnered with Toong, Vietnam’s first chain of co-working spaces, which will be featured in all Wink Hotels.