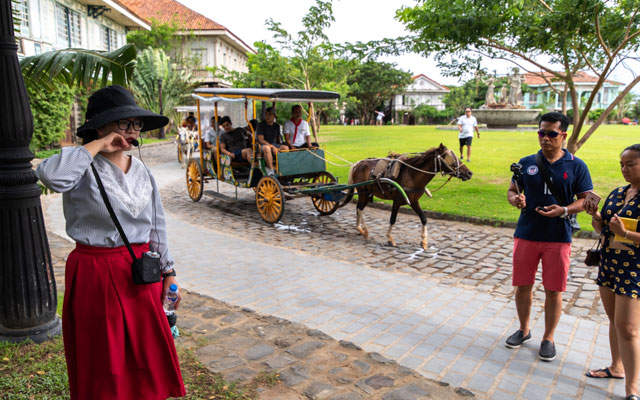 It has been tough for big players of the embattled Philippine travel and tourism, but more so for the micro, small and medium enterprises (MSMEs) – comprising the majority of the industry – that have moved for their own survival amid scant government support, awaiting indefinitely the 58 billion pesos (US$1.15 billion) stimulus package including loans and tax holidays for the industry.

MSME tourism players have had to invest in complying with the new health and safety protocols despite having no business four months into the government-imposed lockdown.

Faced with many uncertainties, 150 independent and MSME hotel owners and operators of the action group HOT Philippines (Hotel Owners for Tomorrow) have bonded to support each other, and one way is by validating the suppliers of safety protocols such as personal protection equipment (PPEs) to get better pricing and improve the procurement process.

It eases the supply chain to the benefit of the hotels, said Cyndy Tan Jarabata, CEO and president of Tajara Leisure and Hospitality Group, who co-organised HOT Philippines along with Eric Ricaurte of Greenview Singapore.

The Hotel Sales and Marketing Association opened an online store where members whose hotels have closed due to the pandemic can sell assorted commodities, from food and plants to PPEs and face masks.

Travel consultants have organised barters and food deliveries while others have temporarily shifted to online classes, teaching English as second language, and working for business process outsourcing to survive the current no work, no pay norm.

He said it was double whammy for guides in Calabarzon (Cavite, Laguna, Batangas, Rizal and Quezon) due to the January eruption of Taal Volcano followed by the pandemic in mid-March. Fortunately, affected guides were able to get through tough times on rice and food handouts by tour operators in Bohol, he added.

Rosario is looking forward to a wage subsidy for tour guides representing 55 to 75 per cent of their wage for two months once the US$1.15 billion tourism stimulus package is ready.

Josie Costales of Costales Nature Farm also hoped to get loan assistance from the stimulus package, as the farm and farming school ceased operations when seminars and farm trips were cancelled and the restaurants that they supply with high-valued vegetables had to shutter. Money from the loan will also go towards repair works on their cottages for overnight stays.

Today, Costales said his son started offering organic technology for free on YouTube as their farming school is closed and the farm shifted to planting lowland vegetables which barely yield profits.

Lax Junnel Mendoza, tourism officer at Dolores Provincial Office, bemoaned the DoT’s “no intervention at all” for MSMEs, especially in the provinces which have limited funds and are the most affected by the pandemic. They are “self-sustaining as they fear borrowing funds and (are following) all regulations for fear of being shut down”, Mendoza said.

Mendoza, whose travel agency was one of the casualties of the pandemic, said that to survive, about 80 per cent of the members of the Association of Travel and Tour Agencies in Calabarzon have taken to planting and selling honey, coffee, turmeric and other produce in Dolores. The sale will soon be expanded to Tayabas, also in Quezon, and later, in coordination with local government units, to other parts of Calabarzon.