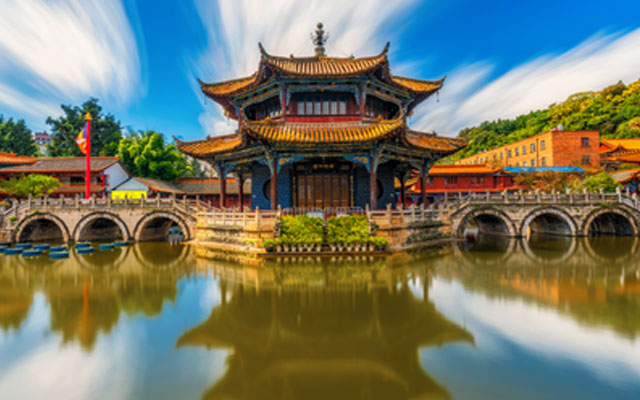 Stirrings of domestic travel in China have inspired some outbound agencies in Malaysia and Singapore to anticipate a return in travel demand for the Middle Kingdom soon.

Rejecting claims that the Covid-19 pandemic, which had originated in Wuhan city, has cast the destination in a poor light, travel agents told TTG Asia that the Chinese government’s tough actions to curb the spread of the outbreak have in fact resulted in positive impacts.

Mint Leong, managing director of Sunflower Holidays in Malaysia, believes that travel demand remains for China and travellers’ perception of China has not been negatively impacted by the outbreak.

She explained: “China stands out because she was the first country to recover from the pandemic, and had sent her doctors and medical equipment to help many other countries, including Malaysia. This has (positively influenced) people’s perception and confidence in the destination.”

Shannon Hee, director of Singapore’s ASA Holidays, agrees. “China has received positive media coverage for the way she handled the pandemic and that has boosted her destination branding and travel confidence,” remarked Hee.

And with China just a short flight from Malaysia, Leong said travellers would continue to consider the destination for holidays.

Demonstrating confidence in China as a tourism destination, Joyee Lau, general manager (Mainland China), ICE Holidays, told TTG Asia that China packages have been created and priced attractively to get customers onboard.

Lau commented that China is a huge country, and there are opportunities for travellers to explore places other than Wuhan city and Hubei province should they still be concerned about the virus.

Also building up for a return in travel demand for China in 2021 is Kathryn Lee, managing director, De Kim Tour & Travel. While she expects travel in general to only return to normal after a vaccine is developed, Lee remains hopeful of organising group departures next year.

“We are looking at promoting the historical sites in Xi’an as well as scenic places in Harbin and Zhangjiajie,” Lee said.

Fellow Singapore agent, Cathy Loh, director of Aveson Travel, added that China’s many “up and coming exotic locations” were bound to appeal to leisure travellers “who are deemed to be more spirited with their travel planning”.

On marketing China post-recovery, both agents said there was a need to proceed sensitively, by promoting the lesser-hit areas first.

Hee said: “To reassure our customers that China is a safe tourism destination, we will start with marketing places that have a low count of confirmed cases, such as Yunnan, Hainan Island, Xinjiang, Ningxia and Tibet.”

Added Loh: “Moving forward, we will re-introduce China starting with Kunming and Xinjiang in our series of mini fairs, dinner talks and online co-promotional activities with our Chinese tourism partners.”

While Sunflower Holidays’ Leong expects business travel to China for tradeshows to return strongly, fuelled by business opportunities in the vast country, she doubts corporate meetings will rebound as swiftly.

She explained that companies have become used to virtual meetings during the lockdown, and will likely approve trips for face-to-face meetings that are “absolutely necessary”.

James Chua, general manager, Global Travel Singapore, also noted that corporate travellers bound for China would have to contend with quarantine measures upon entering China and returning to Singapore.

He said: “Unless Covid-19 is completely eradicated – which the economy cannot hold out for until it does – inbound travellers to Singapore and a number of major cities in China will have to be quarantined. Even in recovery, it is uncertain how these (quarantine) measures will be adjusted and the norm for meetings to be taken online today has served as deterrence to business travel.

“The restoration of travel confidence to China will involve a concerted effort on transparency and vigilance between authorities and travel suppliers in moderating existing apprehension,” he added. – Additional reporting by Therese Tan