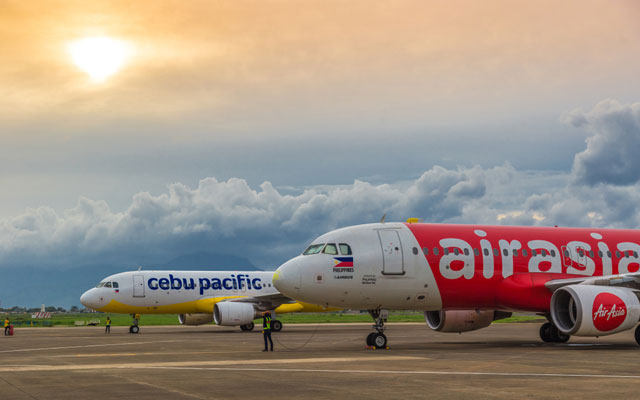 The Air Carriers Association of the Philippines (ACAP), comprising the country’s three leading airlines – Philippine Airlines, Cebu Pacific and AirAsia Philippines – is seeking government assistance, including waiver of airport charges and credit guarantees to its three airline members, as it foresees the beleaguered industry shrinking in the next two years.

The plea comes as the Philippines extends metro Manila’s coronavirus lockdown to May 15, even as the government begins to ease strict quarantine measures meant to stem the spread of the virus.

ACAP vice chairman and executive director Roberto Lim said they are asking for neither cash nor bailout but for “credit guarantees so the existing credit lines of airlines can be opened by banks” and “will assure the banking sector that they can lend money under existing facilities or provide new ones”.

The industry is expected to shrink in the next two years in terms of visibility to serve destinations and frequency of services, Lim said in a webinar hosted by the Tourism Congress of the Philippines (TCP) last Friday.

Apart from sleeper flights organised privately and through the intervention of the Department of Tourism for stranded tourists and overseas Filipino workers, ACAP members have temporarily mothballed their aircraft during the lockdown period and are understood to be rocking up huge losses.

But they continue to pay for fixed charges and other expenses despite being non-operational, hence, ACAP’s request for the waiver of airlines’ parking charges, rental and other fees and charges.

Lim said that logically, the carriers will focus on domestic routes first when they resume flights as “we’re not in total control of international travel”, in light of other countries having their own travel bans and restrictions.

He said ACAP has touched base with regulatory authorities for the three airlines to start operating from May 15 when the lockdown is lifted, and will ask if airline personnel can resume work earlier so they can prepare the aircraft to make them flyable again and to sell limited flights.

As to how airfares will be post-Covid-19, Lim said that the airlines will put sustainability at the heart of their decision-making, and adapt to evolving realities to lay the groundwork for recovery.

There are permutations though – for example, there’s no need for social distancing to be observed by a family travelling together, but only individual travellers.

He said that TCP members have identified in a framework agreement discussed with Civil Aeronautics Board; Civil Aviation Authority of the Philippines; as well as airports in Manila, Mactan, and Clark; on the hygiene and safety precautions to be adopted on international and domestic flights.