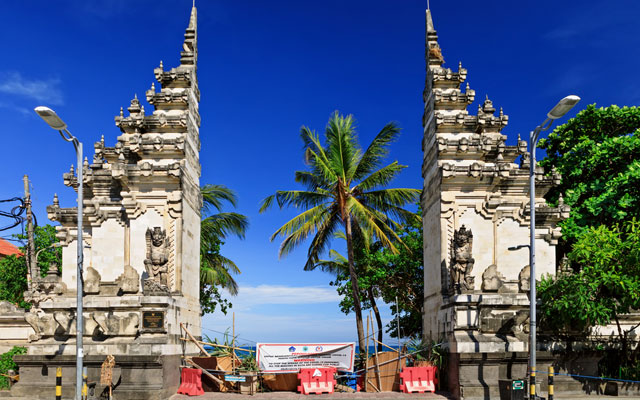 Indonesia’s travel trade is calling on the government to step up publicity around the country’s disaster recovery efforts and latest developments of tourist attractions amid the pandemic so that travel planners can keep up destination promotions in hopes of a quick market rebound.

Speaking at the webinar titled Facing the Impact of Covid-19 and a Glimmer of Hope for the Tourism Industry recently, Budi Tirtawisata, CEO of Panorama Group, said: “Tourism has been a big darling in the last few years. Everybody was talking about tourism. (It was considered) a low-hanging fruit, a quick win. (Now), suddenly there is no good news about tourism.

“We need a good spokesperson for the industry and having good leadership will make it easier for us in the industry to get through this. I think the leadership of the Ministry of Tourism and Creative Economy is very important here.”

Monas Tjahjono, managing director of Monas Tours & Travel Surabaya, said on a separate occasion that while the government provided regular updates on the number of Covid-19 cases, the world needed to know also the developments surrounding the tourist destinations and attractions.

Agreeing, Yulhendry Sulhatris, director of Synergy Ravelindo Tours & Travel Medan, said that his European tour operator partners still wanted to promote Indonesian tourism on their websites and social media despite the crisis, but updated information on national parks, temples, and other tourist sites were lacking.

He also bemoaned the dearth of promotional materials about the country that is available in English, citing the example of Wonderful Danau Toba’s Facebook page that is in Bahasa Indonesia. “Indonesia has VITOs (Visit Indonesia Tourism Officers) overseas, and they need us to feed them with information in English,” he said.

Noting that the Ministry of Tourism and Creative Economy (MTCE) had tweaked its slogan from Wonderful Indonesia to Thoughtful Indonesia in a bid to show Indonesia’s empathy towards the current situation, Yulhendry expressed hopes that its stance will be backed up with actions.

He opined that the Ministry needed to step up its global dissemination of accurate and timely information on the safety precautions and measures Indonesia was taking to ensure that the destination is safe to travel.

Eka Chandra Winata, country manager VITO France, said that such information is vital so they can feed the media with up-to-date information in order to bolster travellers’ confidence.

Ng Sebastian, managing director of Incito Vacations, lamented that the strict measures put into place by the Indonesian communities were not given sufficient coverage in national media, let alone internationally.

He said: “Even the people in the most remote villages in East Nusa Tenggara are diligently practising social distancing. The people of Latung Village in Flores, East Nusa Tenggara organised the traditional ritual of Keppe Banggang (gate closing) because of the (pandemic), where they not only closed road access to the village, but also the port.”

More people in villages across the archipelago were getting more aware of the pandemic and called on their family members working in the cities in the red zones not to go home during the Hari Raya holidays or they will be put under a 14-day quarantine, according to Sebastian, who added that such moves made by citizens were not heard by the international audience.

Individually, hotels and travel companies continue to engage with their clients and business partners through their own social media platforms and websites.

Monas Tours & Travel, for example, encourages its Instagram followers to take part in story-telling and quizzes, among other forms of engagement.

Norberto Rodriguez, co-founder of Come2Indonesia, a Bali-based travel company specialising in Spanish-speaking markets, said that as soon as the pandemic is over, the tour operators in Europe would be eager to sell, so the agency has been continuing promotions through social media and influencers to ensure that Indonesia remains top of mind for travellers.