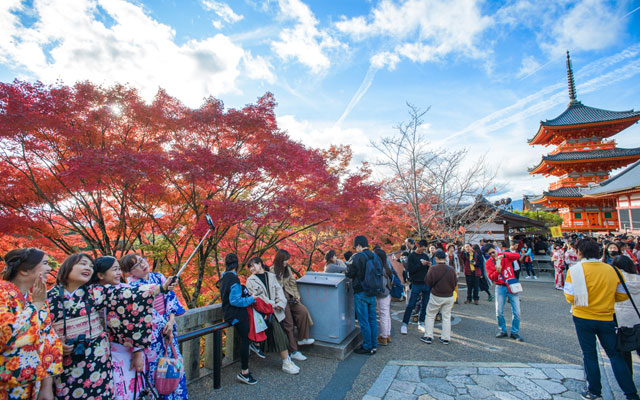 Japan’s struggling tourism industry has been dealt a fresh blow ahead of the Golden Week holidays, as the government declared a nationwide state of emergency on Friday, in response to the continued rise of new coronavirus cases.

The country-wide “soft lockdown” until May 6, is a widening of the state of emergency declaration – covering Tokyo and six other prefectures – that was introduced on April 7.

It follows pleas from prefectures to be included, as well as calls to curb domestic travel during Golden Week. The week-long series of national holidays between late April and early May is usually a peak period for Japanese travel, providing vital income to tourism suppliers.

With many prefectural governors now asking residents to refrain from non-essential outings and non-essential travel between prefectures, the travel trade has been dealt a second major blow, following the drying up of international business.

In Kagoshima Prefecture, which has seen six Covid-19 cases as of April 17 according to the Statista Research Department, Shozo Kikunaga, CEO of travel agency and bus tour company GSE, said that revenue is down 90 per cent.

Over in the prefectures of Kagawa and Okayama, which have reported 24 and 18 Covid-19 cases respectively, Benesse Art Site Naoshima has shuttered its 18 art facilities and one hotel in response to the declaration.

“We had lots of cancellations from overseas guests earlier in the year due to the crisis, particularly for our hotel,” said Sanae Oota, the organisation’s spokesperson. “We also had fewer domestic bookings for Golden Week compared to previous years, and now those bookings have to be cancelled.”

Japan hotels are also bracing for a further hit. STR reported 64.8 per cent occupancy in February, which dipped to 30.5 per cent in March.