Thailand has set clear lockdown policies in all provinces to combat the spread of Covid-19, but the same cannot be said of the authorities' decision on hotel closure. Without a firm official directive for all hotels to close, millions of hotel employees will be left with no governmental support in this crisis. 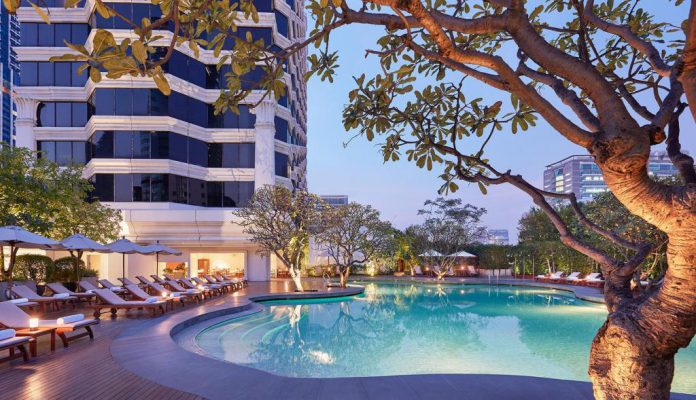 Thailand has set clear lockdown policies in all provinces to combat the spread of Covid-19, but the same cannot be said of the authorities’ decision on hotel closure. Without a firm official directive for all hotels to close, millions of hotel employees will be left with no governmental support in this crisis.

According to the Thai Hotels Association (THA), of the 32,564 hotels registered in Thailand, some 95 per cent, or 30,936, expect to have zero revenue in April when they temporarily stop operations due to the lockdown.

Phuket is the latest tourism magnet to close all entry and exit points from April 10 to 30, or further notice.

Unless hotels are ordered to shutter, full-time, formal hotel employees will be ineligible for financial aid from the Thai Social Security Fund (SSF). The only other exception to access this fund is when their employers have physical contact with an infected individual, in which case they are entitled to receive 50 per cent of their monthly salaries up to a maximum of 7,500 baht (US$226) for no more than 180 days.

“THA had a discussion with the Labour Ministry last week, but failed to achieve the goal of protecting our workers,” Surapong Techaruvichit, THA adviser, told the Bangkok Post. “Operators in each province have to help themselves by urging their governors to officially approve the closure of hotels in order to get SSF payment for affected employees.”

Some 1.63 million workers in the hotel business, particularly the more vulnerable 978,252 minimum-wage employees, are now likely to be left without any governmental support despite their regular monetary contributions to the SSF. The Thai social security programme is funded by monthly deductions of 10 per cent from a worker’s salary, with the employer and employee paying half each.

“Now we are forced to weigh how long we can carry on and carry our staff, who are like family, along with us. We think it’s about time the government issues some subsidies for hospitality businesses,” lamented Pattamon Mekavarakul, vice president of five-star Cape Dara Resort Pattaya.

According to Gavin Vongkusolkit, a board director of The Erawan Group, one of Thailand’s largest hotel investment companies with over 6,100 rooms in 56 properties, the unfolding crisis may force hotels to be closed for nine months or longer.

“Most of our hotels are already closed. As a big group, we have the financial resources to weather through this crisis. In any case, given the apparent effectiveness of the Stay Home campaign, we think we might be able to reopen sooner than initially anticipated,” Gavin told TTG Asia.

He added, in his capacity as the owner of the independent 58-room boutique hotel Ad Lib Bangkok, that the situation is much different for smaller hotels. “Smaller hotels with limited access to funding will have to figure out a different solution,” he said.

Assistance oversubscribed
The government’s offer to support contract workers, entrepreneurs and freelancers outside the social security coverage, with 5,000 baht monthly payouts for April, May and June, has attracted 21.7 million applicants since the application opened on March 28.

While the Ministry of Finance had only expected 3.5 million applications, it made a decision early this week to grant eligibility to nine million of those applicants. This will cost the ministry 135 billion baht.

“The state has enacted measures to support those in the informal economy – I don’t have anything against that, but it is not fair to businesses like ours that have been contributing to the SSF for years and now receive nothing in return,” Pattamon told TTG Asia.

“We were forced by the government to close our fitness centres, spas and and restaurants. We aren’t allowed to host events. They cut off our arms and legs – and left us with only rooms,” she said.

“As a five-star hotel, if even one client books with us we have to maintain our gold standard which means we have to provide the full staff and facilities, which is very costly. That’s why (the closure order) matters to us, and many in THA are sharing this message on Facebook and social media. We hope this will reach the ears of the government,” she added.

Save one, save all
La-iad Bungsrithong, president, THA northern chapter, stressed that all chapters in every region of Thailand have been calling out for the government to support the local hospitality industry. As one of the mainstays of the country’s economy, supporting it could help ensure a quicker rebound for Thailand after the crisis.

“What’s important at this moment, is achieving clarity for hospitality businesses about how these financial aid measures will be applicable to them, and exactly which categories of handouts will specifically apply to hospitality workers. That isn’t clear now. Meanwhile, we have to come alongside all our members and support them because this is a very trying time for the entire tourism industry,” said La-iad, who is also general manager of RatiLanna Riverside Spa Resort, Chiang Mai.

The sentiment that the Thai government needs to look after the hospitality industry more was shared late last year in a press conference by hospitality veteran Pramookpisitt Achariyachai, founder of Phuket’s first hotel chain Kata Group.

“I feel that the government needs to pay even closer attention to the hospitality industry than it is doing. It’s one of Thailand’s key industries, but the government seems to pay attention only when it wants to boost the economy. Other times, we are mainly forgotten.”

THA has asked members to look after the welfare of workers by, for example, offering them accommodation and meals, but it is hard for operators to keep up their support as nobody knows how long the crisis will last, said Surapong. – Additional reporting by Nophol Techaphangam