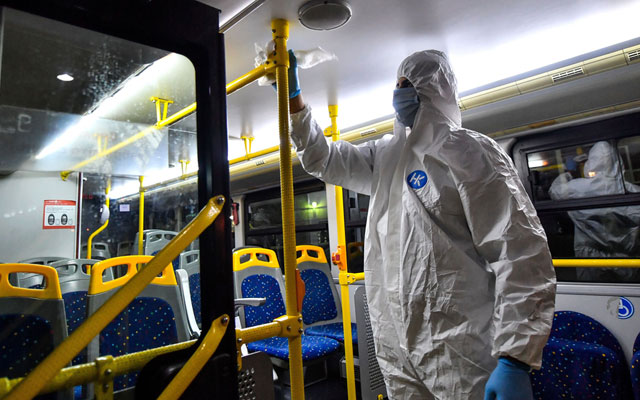 Chinese authorities on Wednesday lifted the two-month lockdown of China’s central province of Hubei, signalling a return to some sense of normalcy and a show of confidence that the virus outbreak which crippled the country’s economy has been brought under control.

However, the city of Wuhan, where the virus was first detected in December, will remain locked down until midnight on April 8.

The easing of the restrictions came as the number of domestic cases of the global coronavirus pandemic subside. On Monday, regions outside Wuhan in Hubei reported no new infections for 19 straight days, while Wuhan saw zero new cases for five consecutive days from March 18 to 22.

The provincial government said on Tuesday that it would restore outbound traffic and lift the control order on residents in the region, excluding the city of Wuhan, which would allow people with a clean bill of health to freely enter and leave the Hubei province.

Schools and colleges within the province will remain closed, but employees will be allowed to return to work, with companies urged to maintain policies that will prevent a rebound of virus infections.

“It is necessary to actively and orderly promote the resumption of work and production of enterprises and institutions, strive to minimise the losses caused by the epidemic, and strive to enter the normal economic and social development of the province as soon as possible,” said an official government announcement that was originally in Mandarin.

Wuhan and some neighbouring cities were put under strict lockdown on January 23, with the government suspending all trains and flights, and sealing off highway entrances and exits.

As of Monday, the number of infections in the city totalled more than 50,000, making it the hardest-hit city in mainland China.