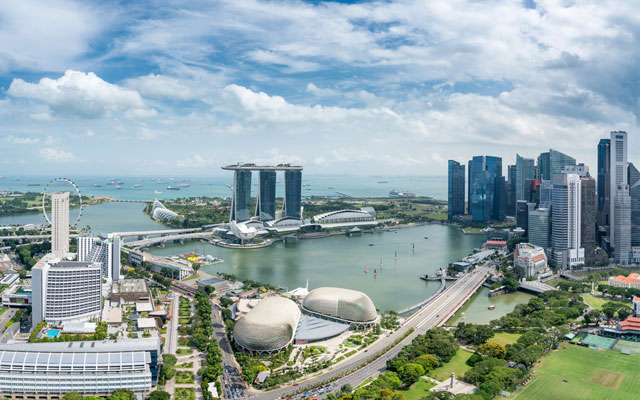 The Singapore government will set aside a total of S$440 million (US$305 million) to lift the tourism industry which has been the hardest-hit by the coronavirus pandemic, as part of a larger S$48 billion Resilience Budget to help mitigate the virus’ impact on businesses and individuals.

The stimulus package was announced by deputy prime minister and minister for finance, Heng Swee Keat, this afternoon in Parliament, amid what he terms as “likely the worst economic contraction since independence”.

The Parliament session was live-streamed on Channel NewsAsia.

Part of the sum will go towards a S$350 million Enhanced Aviation Support Package, which will provide rebates for airline parking and landing charges, as well as rental relief for cargo agents, ground handlers and airlines.

The government is also prepared to separately provide more “direct support” to Singapore Airlines Group, which Heng said contributes to more than 50 per cent of passenger traffic and cargo tonnage through Changi Airport in 2019.

The remaining S$90 million will be parked to assist in the tourism sector’s rebound at a suitable time in the future, said Heng.

Besides the S$440 million targeted specifically at providing relief for the tourism sector, the industry will also benefit from other measures, such as property tax waivers as well as an Enhanced Jobs Support Scheme.

On the property tax front, hotels, serviced residences, restaurants, shops and attractions will receive full property tax waiver for the rest of 2020. This means more enhanced relief for industry players, compared to the earlier announced 15 to 30 per cent property tax rebates.

Heng shared that the monthly qualifying wage ceiling will also be raised from S$3,600 to S$4,600, which means the government will co-fund a percentage of up to the first S$4,600 of each employee’s salary.

Initially planned for just one quarter, the Enhanced Jobs Support Scheme will now be extended to end-2020. Employers are set to receive payouts in May, July and October.

For the corporate industry, Heng expressed that the government recognises that it is not “right” for business event organisers to have to forfeit their venue deposits due to this black swan event. He shared that the Ministry of Law will announce initiatives to assist such companies at the next Parliament.

Alongside the S$6.4 billion Unity Budget announced last month, the Singapore government has set aside a total of S$55 billion to help local businesses and individuals tide through the pandemic.

Heng explained the government’s focus on the tourism sector: a compromise in the industry will have a ripple effect on other sectors that depend upon it.

“The sharp drop in international visitors has impacted the whole tourism eco-sector, from our airports and airlines to the hotels and attractions and their tenants to travel agents and bus companies,” he said.

Heng cautions of “a broader range of safe distancing measures” ahead.