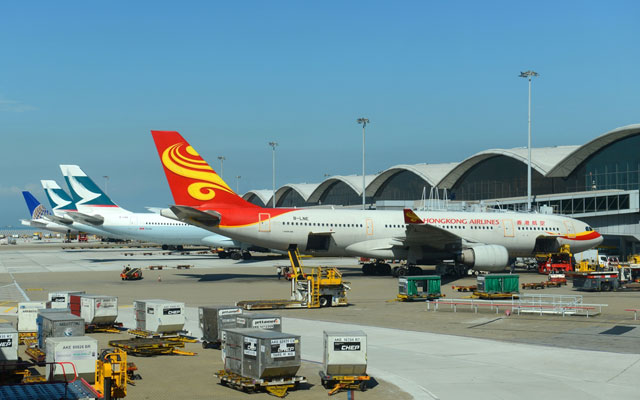 Hong Kong’s Airport Authority (AA), with support from the government, has launched a new HK$1 billion (US$128 million) relief package to soften the Covid-19 blow to the airport community.

The relief package includes AA’s contribution of HK$330 million, as well as a government waiver of HK$670 million in air traffic control charges to the AA for the previous year, which will be given in full to the airport community.

The measures will be rolled out from February to June 2020; and will target three main groups, namely, the aviation industry, airport retail tenants and restaurants, as well as airport staff.

A sum of HK$630 million has been allocated for the aviation industry. Airlines will receive full waiver for five months on parking and airbridge fees for idle passenger aircraft, and 40 per cent reduction of passenger aircraft landing charges for four months, among other relief measures covering ramp handling, maintenance and airside vehicle-related fees.

In addition, rental of offices and lounges in the terminal, franchise fees for aviation support services including aircraft catering, into-plane fuelling and maintenance, as well as cargo terminal services will be reduced by 10 per cent to 50 per cent for three to four months.

Rental relief totalling HK$320 million will be provided to airport shops and restaurants paying a fixed rent. The rental concession will be 70 per cent for three months from March to May, and 50 per cent in June, as stepped-up support from the 20 per cent fixed rental discount starting last October.

Furthermore, a total of HK$50 million has been earmarked for providing training allowance to upskill frontline airport staff who are on no-pay leave, with up to 25,000 staff set to benefit from the scheme.

Meanwhile, Hong Kong will ban entry for all non-Hong Kong residents coming from overseas for 14 days, starting March 25, 2020, 00:00. Flights will not be allowed to transit in Hong Kong International Airport during the same time period.

The entry ban extends to non-Hong Kong residents arriving from mainland China, Taiwan and Macau, who have travelled to countries and areas outside of China, Taiwan, Macau and Hong Kong in the past fortnight.

Additionally, all Hong Kong and non-Hong Kong residents entering from Taiwan and Macau, with no travel history outside of these four territories, would still be subject to a 14-day compulsory quarantine.