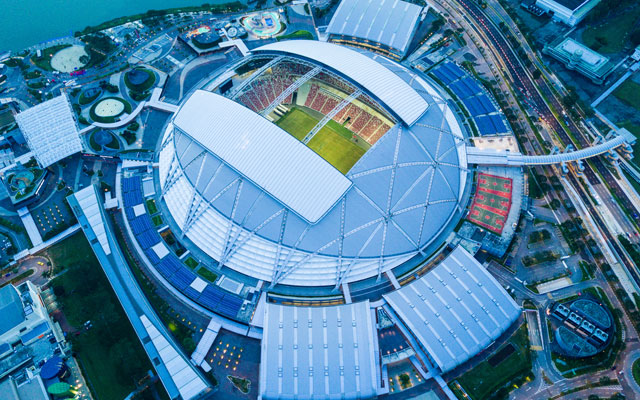 The Singapore Sports Hub (SSH) has been slapped with financial penalties of an undisclosed sum for failing to meet certain standards.

This was revealed in Parliament by the senior parliamentary secretary for culture, community and youth & transport, Baey Yam Keng, last Friday.

Noting that the SSH hosted 212 events last year, Baey cast doubt over whether that brought in sufficient revenue for Singapore during the debate on his ministry’s budget, reported The Straits Times (ST).

He added that the government regularly communicates with the top management and closely tracks deliverables, such as the number of sporting events it hosts each year.

Under the public-private partnership (PPP), the Singapore government makes annual payments of S$193.7 million to SHPL over a period of 25 years starting from 2010, to run the SSH, said the ST report.

In response to Nee Soon GRC Lee Bee Wah’s supplementary question, Baey said: “There is a commercial contract that we have with SHPL. There are deliverables, there are penalties that are part of the contract.

“They have been taken to task over areas that they have not met the KPIs and we are in continuous discussions with them, monitoring their performance and having their assurance that they’re committed to building Sports Hub as what we envisaged.

“I’d like to see that Sports Hub will have value for money for Singapore. It is our national sports icon.”

The local sports industry contributed S$1.7 billion to Singapore’s GDP in 2018, according to Baey. This figure excludes growth areas like sports broadcast, infrastructure projects, sports events and conferences, as well as e-sports.