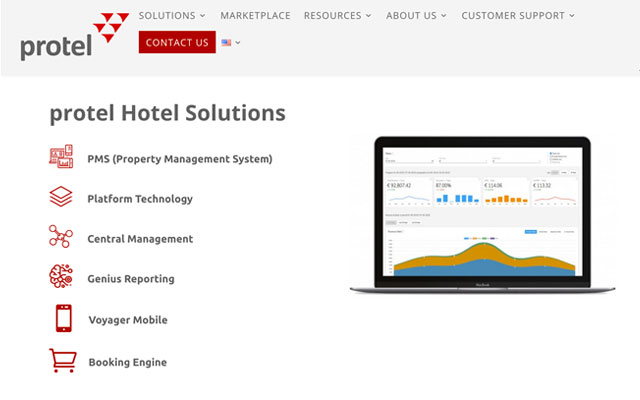 Germany-headquartered Protel Hotelsoftware has unveiled the latest version of its property management system (PMS), souped-up with voice capability, a digital registration that is PDPA compliant, as well as an integrated passport and ID scan.

Linda Vallner, vice president business development, Protel Hotelsoftware, told TTG Asia: “All hotels talk about wanting to better the stay experience for customers, but no one is talking about making the job easier for employees and helping them function more efficiently.”

Illustrating ways the upgraded PMS could be used, Vallner said a hotel general manager who had just spoken to an unhappy guest regarding his stay could simply narrate the complaint into the PMS system on his phone. “The system will then transcribe and save the information for future use,” she said.

A housekeeper could also use the same PMS system to mark a guestroom as dirty or clean in her own language.

Protel also unveiled a digital registration card which allows front desk staff to see guest changes in real-time during check-in, such as an update of an email address or passport number.

“This is a very important feature because guest data is everything. Aside from reporting to the authorities, that data is also used for marketing purposes,” Vallner explained.

The third major update to the PMS is an integrated passport and ID scan. While some properties have some level of digital registration through another proprietary software, others manually photocopy passports, which isn’t as safe. With the PMS, hoteliers can now just take a photo of the passport, which the system will store confidentially.

When asked why the cloud-PMS adoption rate in Asia-Pacific isn’t higher, Vallner said the application of Protel’s PMS requires customisation and the market prefers dealing with someone who “speaks and understands the local requirements”.

“That’s why we have a distributor based in Asia,” she added.

Protel’s Asia-Pacific representation is headed by Greg Spicer, chief executive of Xn Protel Systems, who established operations in Sydney in 2004.

Spicer explained that it is “initially more challenging to implement a cloud PMS in Asia-Pacific, due to factors including localisation, language, government and tax rules being different in many countries”.

For the same reason, Protel’s new “weapons-grade” cloud PMS will be rolled out “one country at a time”. It will be released in 1Q2020 in Australia first, then progressively in Singapore, Vietnam, Thailand, India, China and other country markets. Existing protel Air hotel users will get a free programme upgrade along with user training for their staff.  All protel on premise clients will be offered upgrade paths to migrate to the cloud version.

Existing hotel users will get a free programme upgrade along with user training for their staff.

“This significantly upgraded product will give us the functionality for larger chains including tier-one hotel clients, the kind with thousands of rooms in their global inventory,” commented Spicer.