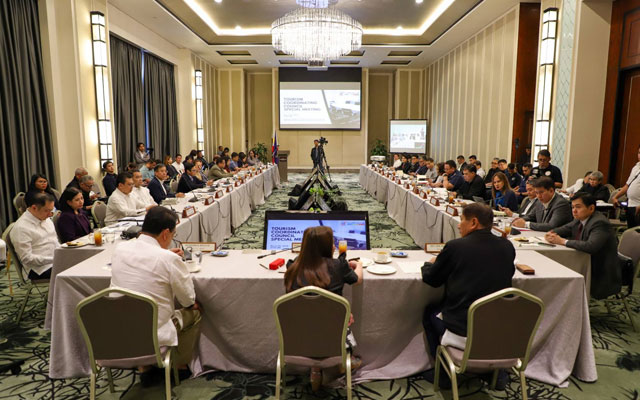 Severely ailing from the impact of the Covid-19 pandemic, the Philippines’ tourism sector gets a shot in the arm with several initiatives, including a US$8.2 million budget for a new domestic travel campaign and US$1.7 million for industry staff training and preparedness on the virus.

Tourism secretary Bernadette Romulo-Puyat disclosed these during the special meeting of the multi-sectoral Tourism Coordinating Council on Wednesday, noting that while foreign arrivals grew by nearly 10 per cent in January, it nosedived by 42 per cent to a paltry 418,128 in February.

Hotel occupancy rates in Boracay and Bohol plunged by 40 per cent, and other prime destinations such as Cebu and Manila are also suffering from reduced occupancy at varying degrees.

In a related development, Bounce Back, a multi-sectoral meeting initiated by the Department of Trade and Industry, and Management Association of the Philippines last week submitted several takeaways in lending support to the beleaguered tourism sector.

One of its participants, former tourism secretary Mina Gabor, suggested forming a Philippine Department of Tourism (DoT) crisis communication committee to handle emergencies like the Covid-19 epidemic, with continuous training provided for its members.

Gabor told TTG Asia that since nearly 99 per cent of all tourism companies are micro, small and medium enterprises, “there should be a funding mechanism to help these people,” and the funds can come from DoT.

This funding mechanism is akin to the suggestion made by another Bounce Back participant, tourism consultant Jerome de la Fuente, for a “stimulus package” to tide the industry over the slump.

This can take on the form of double deduction on expenses for tourism-related training, tax holidays, soft loans, and so on, he added.

Gabor cited the need for communicating positivity during a crisis. “We must counter the (Covid-19) fear with good news. We should show that there’s no local transmission, that Filipinos are not wearing masks and there’s no panic buying. We have to communicate better and laymanise our language so the people can understand better and prevent panic”.

Citing a DoT advert on CNN that showcased Philippine beaches, Gabor said that it sends the message, especially to the cold countries afflicted by Covid-19, that the destination is sunny, safe, refreshing and the people happy.

Over the weekend, the DoT hastily cancelled the ill-advised Shopping Festival which was supposed to take place from March 1-31.

Furthermore, the discounted Domestic Fun promotions designed to rev up domestic travel has not been getting the expected number of participating hotels and desired discounts.

As of press time, Domestic Fun has 38 participating hotels (of which only one is a foreign brand) offering up to 70 per cent discounts for the country’s top 10 destinations, and three Philippine carriers dangling up to 30 per cent discounts, which travel agents could include in their tour packages.

Tourism Congress of the Philippines president Jojo Clemente explained that they are still receiving more rates and more participating hotels.

“We’re continuing to reach out to Western Visayas and other regions. It is a moving situation. The hotels and airlines will adjust (their rates)”, he added.

However, de la Fuente said Domestic Fun’s destinations like Boracay are “proven bestsellers”, so hotels won’t drop their rates too much as it would be difficult to raise the rates when the situation improves. Hotels also won’t drastically cut rates just to gain a handful of patrons.

De la Fuente said domestic promotions are rate-driven, especially since the Philippines is mainly mass market and the archipelagic nature of the country means having to spend on airfares too.

He suggested tapping lesser known destinations where rates are still affordable, including destinations with resorts that can address wellness and virus concerns with wide space, farm and agricultural attractions.