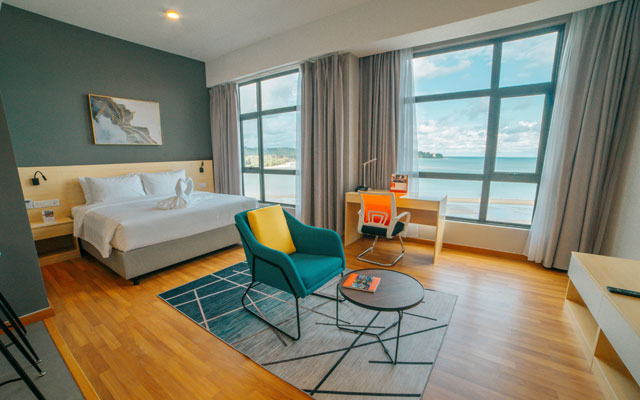 On-site amenities include a restaurant serving Vietnamese food and international cuisine, a rooftop bar, an infinity pool, a 24-hour gym, a kids’ club, and family rooms which can host up to four guests. For meetings and events, the hotel offers two meeting rooms, which can be combined into a large seaview ballroom that can accommodate up to 200 guests. Swiss-Belhotel International makes its Malaysian debut with the soft opening of a waterfront property in Kuantan. Located in the traditional fishing village of Tanjung Lumpur, the 27-storey property offers 366 rooms and suites, including 86 Family Rooms and 16 suites. On-site facilities include a swimming pool, children’s pool, Jacuzzi, fitness centre, water lounge, an all-day restaurant, a lobby lounge, and 10 meeting rooms including a ballroom.