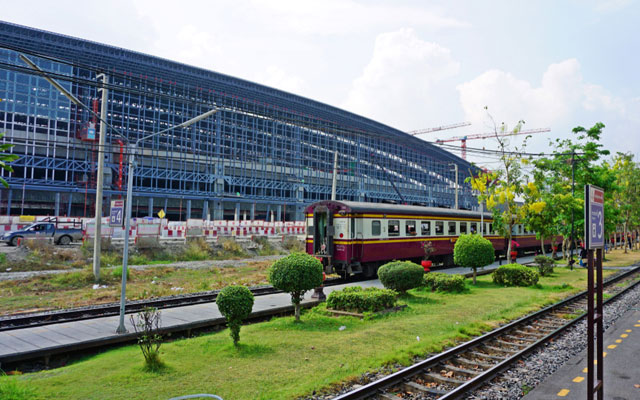 Bangkok is at the centre of Thailand’s biggest rail development project in almost 70 years, with its completion set to enable train travel to China and Singapore and connect most major Thai cities to Bangkok and its expanding transit systems.

The Thai government has committed to spending more than US$21billion to expand Bangkok’s rail transit, extend train lines and build high-speed rails, with a US$1.3billion hub that will become South-east Asia’s largest train station when it opens in 2021.

This move will not only seek to ease air pollution, but overhaul its dated train systems to boost Thailand’s slowest growth in five years due to a drought and slump in tourism as a result of the Covid-19 outbreak.

Voravuth Mala, acting governor, State Railway of Thailand told Bloomberg in a report that the weak global economy and low interest rates are good indicators for investing in infrastructure.

More than 22 million passengers is expected to be served and 30 million tons of commodities transported from track doubling after the upgrade. Phase one of the 608km rail is already under construction, whereas the second phase which would connect to the Chinese railway in Laos, is under design.