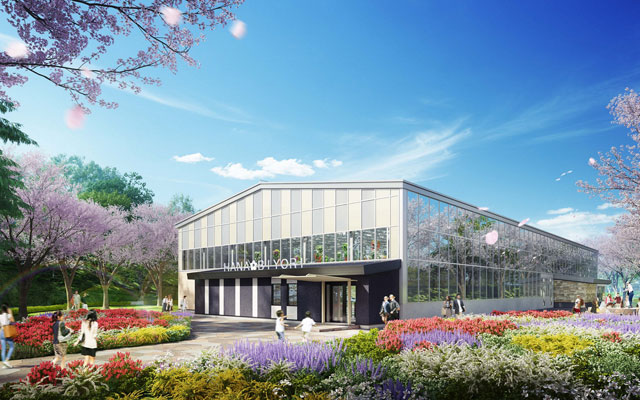 Japanese leisure and entertainment giant Yomiuri Land is set to open a high-tech botanical garden which will allow visitors to soak up floral wonders year-round instead of only during bloom seasons.

Hana Biyori, which will sit adjacent to the Yomiuriland amusement park in west Tokyo’s Inari area, will launch on March 14.

Visitors to the 40,000m2 facility will be able to immerse themselves in a world of flowers and digital art. Displays will be equipped with projection mapping and imaging technology to show flowers in full bloom year-round.

The 1,500m2 greenhouse will house 300 suspended flower “chandeliers,” the largest arrangement of its kind in the Kanto region, as well as a flowerbed over 20m long and 2m high. Outside, the garden will feature more than 130 tree species and 17,000 flowers every season.

Yusuke Okutani, a planning and advertising executive at Yomiuri Land, told TTG Asia that the move was driven by the desire to take on new challenges and keep offerings fresh and relevant to increasingly discerning travellers.

“Leisure needs have diversified along with changing customer needs. It is an era where bold ideas are not bound by the inevitable. Nothing can surpass the beauty of fresh flowers but recent innovations in digital technology have made possible a fascinating concept beyond imagination,” he said.

Japan’s flowers and foliage are a big draw for international tourists, resulting in annual booms in arrivals during the cherry blossom season and autumn foliage season. The spring and autumn seasons are therefore big business for the trade, with flower-related tours, events, activities and experiences.

With Hana Biyori offering year-round floral appeal, it is poised to become a new highlight for inbound visitors. Okutani hopes to attract particularly active seniors, extended families, as well as women in their 20s and 30s.

Hana Biyori is part of Yomiuri Land’s Super Amusement Park Vision, which promises “a fusion of nature and entertainment unlike anything seen before”. Other efforts include the renewal of Goodjoba with digital elements. The amusement park offers fun and experience of Japanese craftsmanship at four factories (automobile, food, fashion and stationery), and will reopen on March 6.