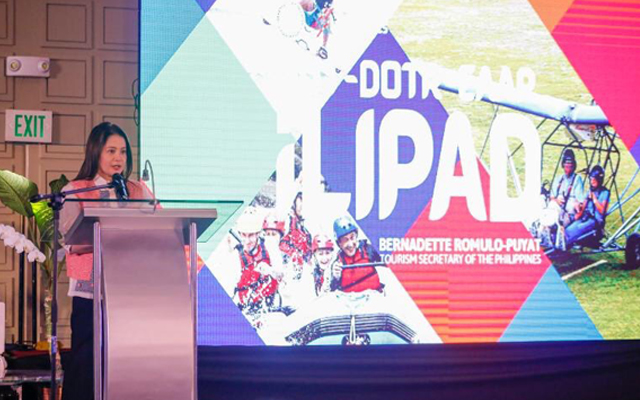 The conference saw the signing of an MoA titled Institutionalized Leveraging of Infrastructure Program for Airport Development (iLIPAD) between the Philippine Department of Tourism (DOT) secretary Bernadette Romulo-Puyat and Department of Transportation (DOTr) secretary Arthur Tugade.

In her opening remarks, the tourism chief said the Tourism Infrastructure and Enterprise Zone Authority (TIEZA), the implementing agency and infrastructure arm of the DOT, is currently working with the DOTr on the possibility of funding several airports in the country to equip them with night-rating capabilities.

Tugade stressed that “all commercially-operating airports in the Philippines have to be night-rated in order that they make sense and the efficiency desired can be achieved”.

“Funding amounting to 1 billion pesos (US$19.6 million) is set for approval by the TIEZA Board in their next board meeting. We must make sure that it’s not only more fun in the Philippines, but much safer too,” Puyat said.

Puyat noted that the convergence programme leverages on the existing partnerships between DOT and the Department of Public Works and Highways (DPWH) for tourism roads, DPWH and DOTr for access roads to airports, as well as those between other agencies and the private sector.