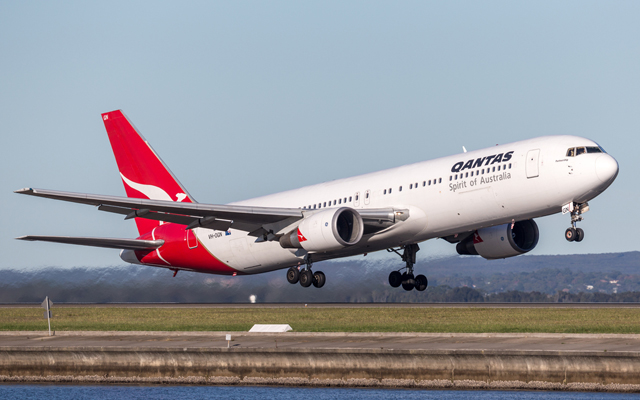 The year-round flights to Haneda, which will operate daily from March 29 March, 2020 with an Airbus A330 aircraft, will replace the airline’s existing service between Melbourne and Tokyo’s Narita International Airport.

The flights are expected to save travellers more than an hour commuting into the city and complement Qantas’ existing daily flights from Sydney to Haneda which the Australian national carrier has operated since 2015.

Qantas has also made improvements for customers flying from Haneda Airport, allowing eligible customers to access the Priority Lane at the airport’s security checkpoint, as well as Japan Airlines’ Sakura Lounge.

Customers already booked to travel from Melbourne to Narita will be automatically transferred onto these services or can make alternative arrangements.

As well, the airline has launched new seasonal flights from Sydney to Sapporo, coinciding with the busy ski season in Japan.

Qantas is the only airline to connect Australia directly with the Hokkaido region and the service is the national carrier’s fifth route between Australia and Japan.

The carrier will also extend its seasonal service to Sapporo for another year, with the flights operating thrice weekly during the 2020-21 ski season from December 14, 2020 to February 27, 2021. It will utilise an upgraded A330 to offer more than 10,000 seats on the route.

Singapore Airlines (SIA) will introduce a fifth weekly flight to Kolkata, India, from March 29, 2020. On the same day, the airline’s regional wing SilkAir will cease services to the city.

SIA’s Kolkata services will continue to be operated by the Airbus A350-900 medium-haul aircraft, which features 40 business class and 263 economy class seats.

Customers with existing bookings on SilkAir’s Kolkata flights on and after March 29, 2020 will be re-accommodated on SIA’s flights.

SIA to fly direct to Brussels

Operated on a Airbus A350-900 aircraft, flight SQ304 will depart Singapore on Wednesdays, Thursdays, Fridays and Sundays at 23.55 and arrive in Brussels at 06.50.

The return sector, operated as flight SQ303, will depart Brussels on Mondays, Thursdays, Fridays and Saturdays at 11.20 and arrive in Singapore at 06.55. SIA will operate the Airbus A350-900 on these flights.

Jetstar Asia will be launching a codeshare cooperation with both Air France and KLM for 12 selected routes in South-east Asia, while Jetstar Airways will partner with KLM.

The codeshare partnerships will allow Air France and KLM customers to connect in Denpasar and Singapore.

Customers who book with Jetstar Asia, Jetstar Airways, Air France or KLM will benefit from an expanded network of travel options as well as a seamless travel experience with single ticket itineraries and through-checked baggage.

Meals and refreshments are included for Air France and KLM customers booked on a single itinerary when travelling on a Jetstar Airways or Jetstar Asia flight.

KLM is also planning to implement its KL code on select Jetstar Airways routes, which will provide KLM customers with itineraries beyond Denpasar to four destinations in Australia operated by Jetstar Airways: Adelaide, Melbourne, Perth, and Sydney.