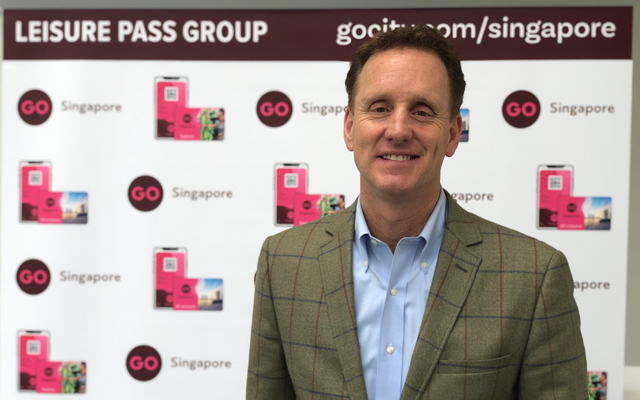 The Go Singapore platform will allow users to purchase tour and attraction passes at discounts of up to 52 per cent through two different packages: All-Inclusive and Explorer. The All-Inclusive pass covers activities for two to seven days in Singapore, while the Explorer pass provides users with open passes to be used at any three to seven activities.

The platform, which was first announced at ITB Asia in October, currently offers 38 products in Singapore, and users can redeem these passes by scanning a QR code on the mobile app.

“Singapore is a great launch pad into South-east Asia. In Go Singapore’s first six weeks, the top five source markets have been the UK, the US, Germany, Canada and Australia. This shows that people all over the world want to come here, and we are able to complement the growth of these longhaul markets for Singapore,” said LPG’s CEO Ted Stimpson.

He added that although tours and attractions are an integral part of the travel ecosystem, less than 25 per cent of activities are booked ahead of time, with travellers preferring to purchase them in-destination.

This presents a market gap that Go City hopes to fill, he expressed, and emphasised that the pass allows users to bypass “the dilemma of uncertainty”. He explained: “We provide the opportunity for consumers to buy the pass well in advance for travel, but they don’t have to decide where they want to go to until they arrive in the city.”

LPG also provides attractions with consumer data points such as who they are, what time they are booking and entering the attraction, and where else they are visiting before and after the attraction.

Complementing its launch in Singapore, LPG is expanding its office here to comprise trade development and marketing, with plans to place Go Singapore on OTAs in the region such as Trip.com, Expedia and Booking.com, as well as to market other Go City passes in longhaul destinations like North America and Europe to Asian travellers.

Next year, LPG will introduce a pass in Bangkok in January 2020, with further plans to expand to Kuala Lumpur, Seoul, Phuket and Tokyo.