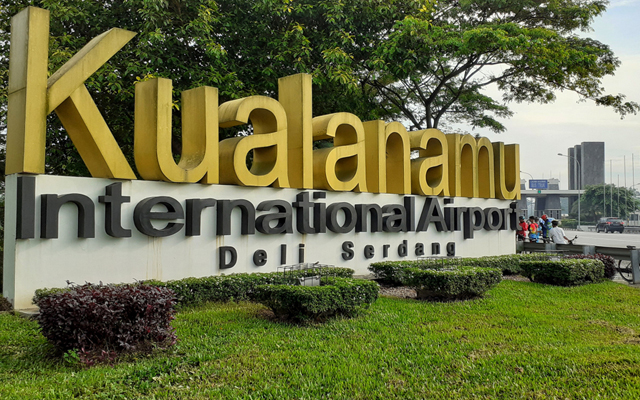 A suicide bombing on Wednesday morning at the Medan police headquarters killed the perpetrator and injured six people including a civilian and police officers, but local business leaders believe that North Sumatra tourism will remain unaffected after authorities beefed up security measures in the city.

Robert Lam, owner of Medan-based Horas Tour, said that the incident did not trigger any of his inbound guests to cancel or postpone upcoming trips as the incident was “a small-scale bombing attack” that took place away from the city’s main tourist spots.

Lam has yet to receive concerned enquiries from travellers planning to visit North Sumatra in the upcoming days, and he added that he is constantly in contact with his business partners in South-east Asia and Europe to ensure them that the situation in North Sumatra remains safe.

Denny Wardhana, chairman of Indonesian Hotel and Restaurant Association (PHRI) North Sumatra chapter, said that “the situation is still conducive” and that the bombing had yet to adversely impact hotel occupancy rates.

To assess the condition, he had called general managers of hotels in the city, including Grand Mercure Medan Angkasa located 270m from the Medan police headquarters. They all told him that business operations ran as per normal without any cancellations and that none of the guests checked out immediately after the bombing.

However, Denny had urged his association members to remain alert, as well as to tighten security at their respective hotels and to continue to monitor the situation.

Among extra security measures that the members of PHRI North Sumatra had taken to guarantee the safety of their clients was increasing the number of security personnel at the hotel entrances.

In an official statement, Angkasa Pura II’s president director Muhammad Awaluddin said that security measures have been stepped up with a walking metal detector and an X-ray area. He had also instructed the general managers of all airports to increase random checks of vehicles entering the airport’s compounds as well as passengers and their luggage.

Angkasa Pura I also implemented similar measures across its 14 airports.

“We have increased the frequency of doing random checks of passengers and their belongings at security posts and to intensify patrols from every two hours to every hour at airport perimeters with random routes and unscheduled timings to ensure that perimeters remain safe,” Faik Fahmi, president director of Angkasa Pura I, said in an official statement.

“We have also increased the frequency of walking patrols inside airport terminals and started using CCTV to monitor boarding access,” he added.

He said that the airport has also increased coordination with the National Police and Indonesian Military.

Both Faik and Muhammad said that airports under their supervision ran as per normal and that the bombing did not disrupt its operations.