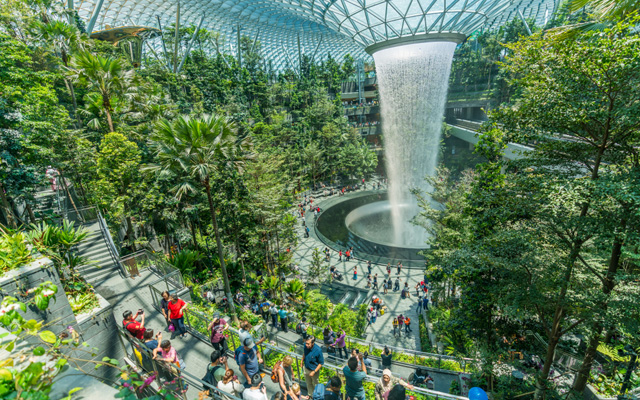 Qatar Airways CEO Akbar Al Baker has alleged that the design for Jewel Changi Airport was plagiarised from Qatar’s Hamad International Airport’s expansion, according to a report by The Straits Times.

During a recent unveiling of the expansion plans in Doha, Al Baker was quoted by the report as saying: “When I show you the images later (of the planned enhancements), you will realise that somebody copied our design, which was already on the table nearly six years ago… We had individuals from that country, I will not name it, that took our design and did it.

In response to the copycat allegation, Changi Airport Group’s chief executive Lee Seow Hiang told The Straits Times: “We value the originality and creativity of ideas as we innovate to elevate the Changi experience for all our visitors. We respect intellectual property rights and expect the same of all our partners.”

World-renowned Israeli-Canadian architect Moshe Safdie, who was the brainchild behind Jewel Changi Airport’s design that has received international acclaim since its April opening, has also hit back at the allegation, according to another Straits Times report.

Safdie was quoted by the report as saying: “We have been pursuing the concept of gardens as a focal point for the public realm for many decades. We have also explored the concept of harvesting the rain into internal rainfalls at Ben Gurion Airport (Israel) and Marina Bay Sands.”

“The success of these explorations have further inspired and led us to create a new icon in the Jewel that we see today – a new kind of urban place that celebrates the elements of nature and urban life.

“We are delighted that Jewel’s uniqueness and originality has been well-recognised by the international community and resulted in many wanting to emulate it.”