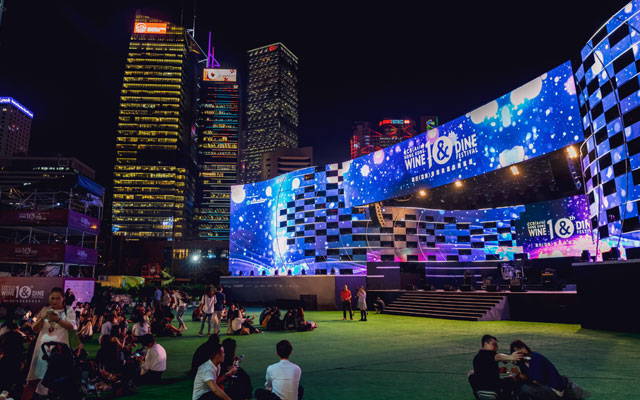 Two mega lifestyle events set to take place in Hong Kong later this month have been cancelled in light of the safety risk posed by ongoing anti-government protests, further shaking visitors’ confidence in the city and dealing another blow to travel operators and suppliers.

The cancellation of the annual Hong Kong Cyclothon and Wine & Dine Festival, both organised by the Hong Kong Tourism Board (HKTB), will see a total of three major events called off in the city since protests started in June over the now-shelved extradition bill.

The Cyclothon race that was slated to take place on October 13 was expected to draw about 10,000 participants, while the Wine & Dine event was projected to attract a 140,000-strong crowd, according to the South China Morning Post.

Holiday Inn Golden Miles’ general manager Gerhard Aicher said: “These are big and popular events for Hong Kong and our industry. We are sad to see that these events have been cancelled which will affect businesses negatively as both events enjoy huge popularity among local residents and visitors. However, with the current unrest, the safety of the participants, exhibitors and staff members are more important and take priority.”

Gray Line Tours’ managing director Michael Wu also expressed dismay over the cancellation of the international events, as they are a major draw for tourists to visit the city. “Without them, they have no reason to come. Indeed, security is a priority for travellers, as safety, which was once our cornerstone, has been shaken up now. I personally believe outdoor events are riskier than indoor ones as it’s not easy to control and protect stakeholders in an extensive venue.”

According to W Travel’s managing director Wing Wong, these two mega-events draw incentive groups from South-east Asia and the cancellation would send a negative message to international travellers that it is not safe to visit the city. “Though (the cancellation of the events is) a big setback, the trade understands their (safety) concerns. It’s not just visitors – I also heard that some overseas exhibitors are hesitant to come as well,” he said.

He added: “The newly-introduced anti-mask law would help alleviate the disruption as it stops a certain number of protesters from going to unlawful assemblies and causing disruption.”

Sincere International Travel Service’s managing director Charles Ng echoed a similar sentiment. “It’s a pity that the city lost a big business opportunity and we are heartbroken to see a series of incidents which ultimately have had a chain effect on other industries. We fully understand tourists’ worries and the enforcement of the anti-mask law last weekend is a good move (that will ensure greater security),” he said.

Despite the overall sentiment of disappointment, Travel Industry Council’s executive director Alice Chan pointed out that the majority of the traders understood and support the decision. “The risk of holding outdoor events of such a (massive) scale is too big, given the current situation. The major blow (to the tourism industry) was brought on by the violent protests, not the cancellations. The travel trade’s biggest concern is when the protests will end,” she said.

“It is a great pity that the two mega events had to be cancelled, although they would not be able to draw that many visitors under the current circumstances. The HKTB’s decision is a prudent and wise one, given the scale and venue of the two events. Nevertheless, it is important that the cancellations should not be perceived as Hong Kong being unsafe for all types of events and activities.”

Last Saturday, it was also announced that the venue of the 2020 Hong Kong Formula E-Prix would be switched to Marrakesh in Morocco.

On Friday, Hong Kong leader Carrie Lam invoked an emergency law that banned protesters from wearing face masks, in a drastic move to stem escalating violence within the city in recent weeks. It is the first time the Emergency Regulations Ordinance has been invoked in 52 years.

In defiance of the anti-mask law, however, several thousand Hong Kong protesters went on a violent rampage on Saturday, bringing the city to a standstill as subway services were suspended and shopping malls were shut down, reported various media outlets.