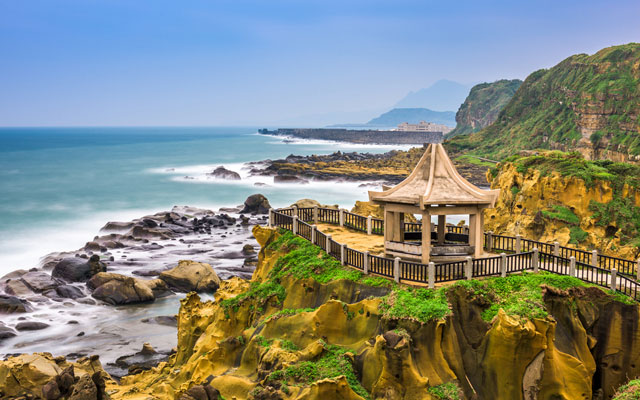 Recognising the growth potential of Indonesia as a visitor source market, the Taiwanese government is teaming up with travel agents and airlines to build up destination awareness in the country.

At the recent Kompas Travel Fair in Jakarta, John Chen, head of Taipei Economic and Trade Office in Jakarta, revealed that the number of Indonesian visitors in Taiwan increased by 11 per cent to 210,000 in 2018, a promising figure that he sees with room for growth still.

Chen targets Indonesian inbound numbers to increase by 15 per cent this year, on the back of a special visa service eligible to Indonesians who have visited certain countries such as Japan, South Korea, New Zealand, Australia, the US, Canada and the UK in the last 10 years.

Acknowledging that many Indonesians are still unfamiliar with Taiwan, Chen said that he would step up promotional efforts of Taiwan in Indonesia.

“We think that Indonesia is an aggressive, promising market, and we want to develop it more,” said TTB’s director Fanny Low.

TTB has recorded a nine per cent increase in the number of Indonesian travellers to Taiwan in the first half of this year, said Low. According to her, a total of 210,000 Indonesians visited Taiwan in 2018, but only around 53,000 were tourists as the majority were made up of workers and students living there.

Nearly 60 per cent of those Indonesian travellers visited Taiwan for business, and the remaining 40 per cent for leisure, Low shared, adding that “because there was no office in Jakarta (previously) that promotes leisure, most of the tourists were contributed by MICE”.

With the launch of the Taiwan Tourism Information Centre, Low expects a 12 per cent increase in the number of inbound leisure tourist arrivals from Indonesia to Taiwan this year.

Meanwhile, Taiwan has already taken incremental steps towards building a Muslim-friendly environment and was ranked by Mastercard-CrescentRating as third most Muslim-friendly travel destination among non-OIC destinations in 2019.

Not only are halal-certified food and facilities easily accessible, small mosques are also available in public facilities like the airports and train stations, said Chan.

Indonesian Muslims can also use the Halal.TW app to locate halal destinations, hotels and restaurants in Taiwan. The app, which is also available in Indonesian, can be downloaded for free in the Google Play Store and the App Store.

China Airlines’ sales manager Alwin Heodinata foresees that traffic between the two countries will continue to grow, as currently at least 80 per cent of seats on the Indonesia-Taiwan route is always occupied.

To accommodate the projected increased passenger traffic on this sector, Eva Air will replace Airbus A330-300 with a bigger aircraft, Boeing 777-300 ER, by October 15, according to its general manager Makmun Hamsa.

Indonesia-based ICT Tour’s ticketing manager Suandi said that the number of customers who bought its 4D3N tour package to Taiwan had increased by 20 per cent, thanks to direct connectivity and free visa policy.

He said that 90 per cent of his Indonesian clients travel to Taiwan for leisure, with a sprinkling of MICE visitors.

Suandi hopes that the Taiwanese government will step up promotional efforts in Indonesia as the fact that many Indonesians were not well-acquainted with Taiwan was a major challenge for him when selling Taiwan tour packages.