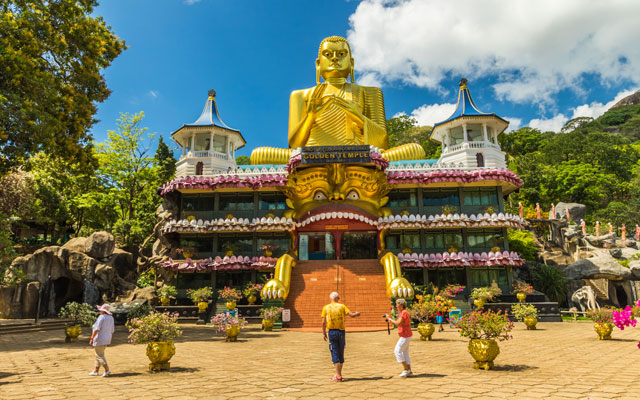 Sri Lanka’s government wants to set up a promotion agency with the private sector to circumvent bureaucratic difficulties in launching a destination marketing campaign.

Speaking at the Future of Tourism conference in Colombo on Monday, Sri Lanka’s prime minister Ranil Wickremesinghe acknowledged the delay in getting a post-crisis marketing campaign off the ground. He said: “This campaign has taken too long (to approve), so we need to find other ways of getting this going.”

He said that the Sri Lankan government is willing to partner the private sector in setting up a promotional unit using state funding to cut through state bureaucracy and processes. “If the private sector is willing, then we can move forward,” he said during a Q&A session with CNN business correspondent Richard Quest.

The Easter Sunday terror attacks that killed more than 250 people, including 50 tourists, led to a 70 per cent plunge in tourist arrivals to Sri Lanka in May. Half a year on, arrivals are slowing picking up, despite a continued drop in numbers from before the attacks. Speaking at the same event, Sri Lanka Tourism Promotion Bureau (SLTPB)’s chairman Kishu Gomes said that arrivals are projected to drop by 15 per cent this year.

Due to cumbersome state procedures and necessary cabinet approval, the SLTPB has been unable to proceed with a US$5 million tourism recovery plan, which entails a two-month emergency PR campaign and a six-month marketing campaign.

Plans to roll out the recovery campaign have now been abandoned as it is too late to capture winter bookings. Instead, last week, the SLTPB launched a global TV campaign, in collaboration with CNN, in 12 key markets.

At the same event, Thailand-based Minor Hotel Group’s CEO Dillip Rajakarier said that Sri Lanka needs to focus on high-end tourists and lamented the lack of strong PR agencies in key markets which would have sped up the recovery efforts.

Echoing that sentiment was Malik Fernando, managing director, Resplendent Ceylon – which runs three luxury boutique hotels – who said that Sri Lanka neither have a single trade partner to promote inbound tourism overseas nor external PR agencies, which could pose a huge disadvantage to the country’s tourism recovery efforts.

In the absence of tourism recovery efforts by the Sri Lankan government, the country’s private sector industry has been taking action to attract tourists back to the country.