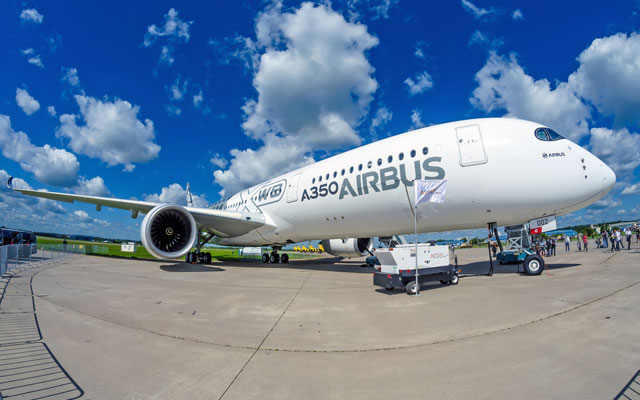 Driven by global air traffic growth, Airbus has forecasted the number of passenger and freighter aircraft fleet will more than double to almost 48,000 worldwide by 2038. At present, there are nearly 23,000 commercial aircraft globally.

In its annual global market outlook, Airbus also predicted that traffic will grow at 4.3 per cent annually, resulting in a need for 550,000 new pilots and 640,000 new technicians.

By updating fleets with latest generation fuel efficient aircraft, Airbus said that it will largely contribute to the progressive decarbonisation of the air transport industry and the objective of carbon neutral growth from 2020 while connecting more people globally.

Reflecting today’s evolving aircraft technology, Airbus has simplified its segmentation to consider capacity, range and mission type. The new segmentation gives rise to a need for 39,210 new passenger and freighter aircraft, according to Airbus’ latest Global Market Forecast 2019-2038. Of these, 25,000 aircraft are for growth and 14,210 are to replace older models with newer ones offering superior efficiency.

Resilient to economic shocks, air traffic has more than doubled since 2000. It is increasingly playing a key role in connecting large population centres, particularly in emerging markets where the propensity to travel is amongst the world’s highest as cost or geography make alternatives impossible, said the firm.

Today, about a quarter of the world’s urban population is responsible for more than a quarter of global GDP, and given both are key growth drivers, Aviation Mega Cities will continue to power the global aviation network. Developments in superior fuel efficiency are further driving demand to replace existing less fuel efficient aircraft.