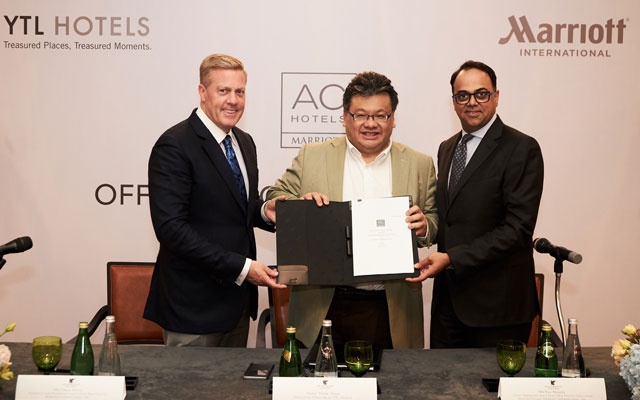 Marriott International has signed a landmark agreement with YTL Hotels to bring AC Hotels by Marriott, a design-led lifestyle brand, to Malaysia.

Under the agreement, three existing hotels in Kuala Lumpur, Penang and Kuantan will fly the AC Hotels by Marriott brand flag following a strategic conversion in December.

Set to be the first Marriott International hotel in Penang, AC Hotel by Marriott Penang will be located in the island’s south-eastern district of Bukit Jambul. Situated near the hotel will be Penang’s SPICE (Subterranean Penang International Convention and Exhibition Center) Arena, a 4,500m2 indoor arena which serves as a major MICE venue, and the UNESCO World Heritage-listed city of George Town.

AC Hotel by Marriott Kuala Lumpur will be located approximately four kilometres from the Kuala Lumpur City Center, the hub of Malaysian capital. The new hotel will also be within walking distance from the Titiwangsa monorail station and the Ampang LRT line, both of which link up to the city’s transportation hub of KL Sentral.

On the eastern coast of Peninsular Malaysia, AC Hotel by Marriott Kuantan will be located near the city centre, about five kilometres from Cempedak Bay and Beserah fishing village. Kuantan is also home to several industrial areas including the Malaysia-China Kuantan Industrial Park and Gambang Industrial Park.